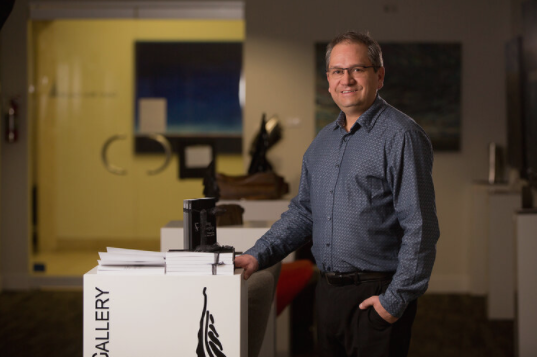 Grant Berg has announced his intention to for Grande Prairie council in 2021 (Supplied, Grant Berg)

Former Alberta Party candidate and local gallery owner Grant Berg is throwing his hat into the ring to try to become a member of Grande Prairie city council in the 2021 municipal election.

He says he’s been volunteering in a number of capacities around the city for nearly 30 years, and having a seat on city council seems like the next logical step.

“A lot of people are hurting, and I think we need a city council that is focused on people… and while potholes and snow removal are important, we need to focus on people over the next four years,” he says.

“I don’t know if I’m necessarily picking up a lot of that energy, so that’s another reason I’m stepping forward,” he adds.

Berg says when he ran to represent Grande Prairie as an MLA in 2019, he estimates that one-quarter to one-third of the households in Grande Prairie willingly expressed that mental health by someone in their household was their greatest struggle. He says the determination to make a positive change to those lives is reason enough to take a run at the municipal level.

“Not potholes, not a carbon tax, but mental health,” he says.

He adds, in order to take care of those in the community, cementing access for support for anyone who needs it is crucial. He notes addiction and homelessness are significant challenges in the city and hopes renewed advocacy to the province for better resources in the community would be a shared opinion for others looking to also be voted in.

Berg ran in the 2019 provincial election after being selected as the Alberta Party candidate, losing the election to the current Grande Prairie MLA Tracy Allard.