Jebb and Carriere on top at Grande Prairie MMA event 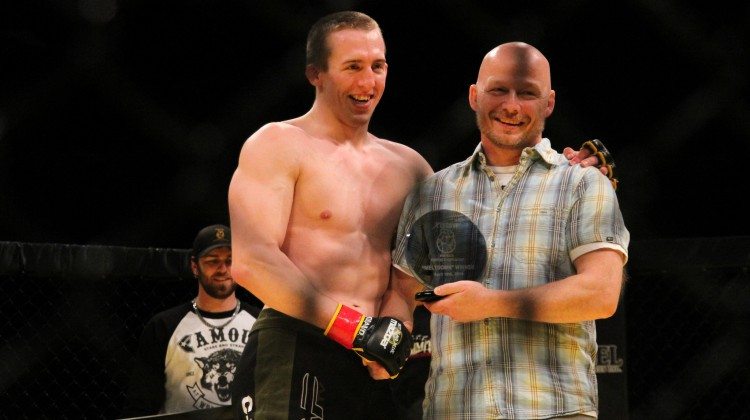 The Xcessive Force Fighting Championship event held Friday in Grande Prairie was the biggest event yet, and it was a big night for two local fighters.

Spencer Jebb earned his fifth XFFC fight in a row with a Unanimous Decision over Cody Krahn, while William Carriere submitted Shawn Pauliuk by guillotine choke 12 seconds into the first round,  even quicker than his submission victory last October in 25 seconds.

The show also featured something new for the Alberta Peace, as Chalure Jones submitted GP’s Jessica Maruszczak in the first ever female fight in the region.

The main event of the evening was a bout between two former Ultimate Fighter contestants, as Bristol Marunde defeated Michael Hill by unanimous decision.