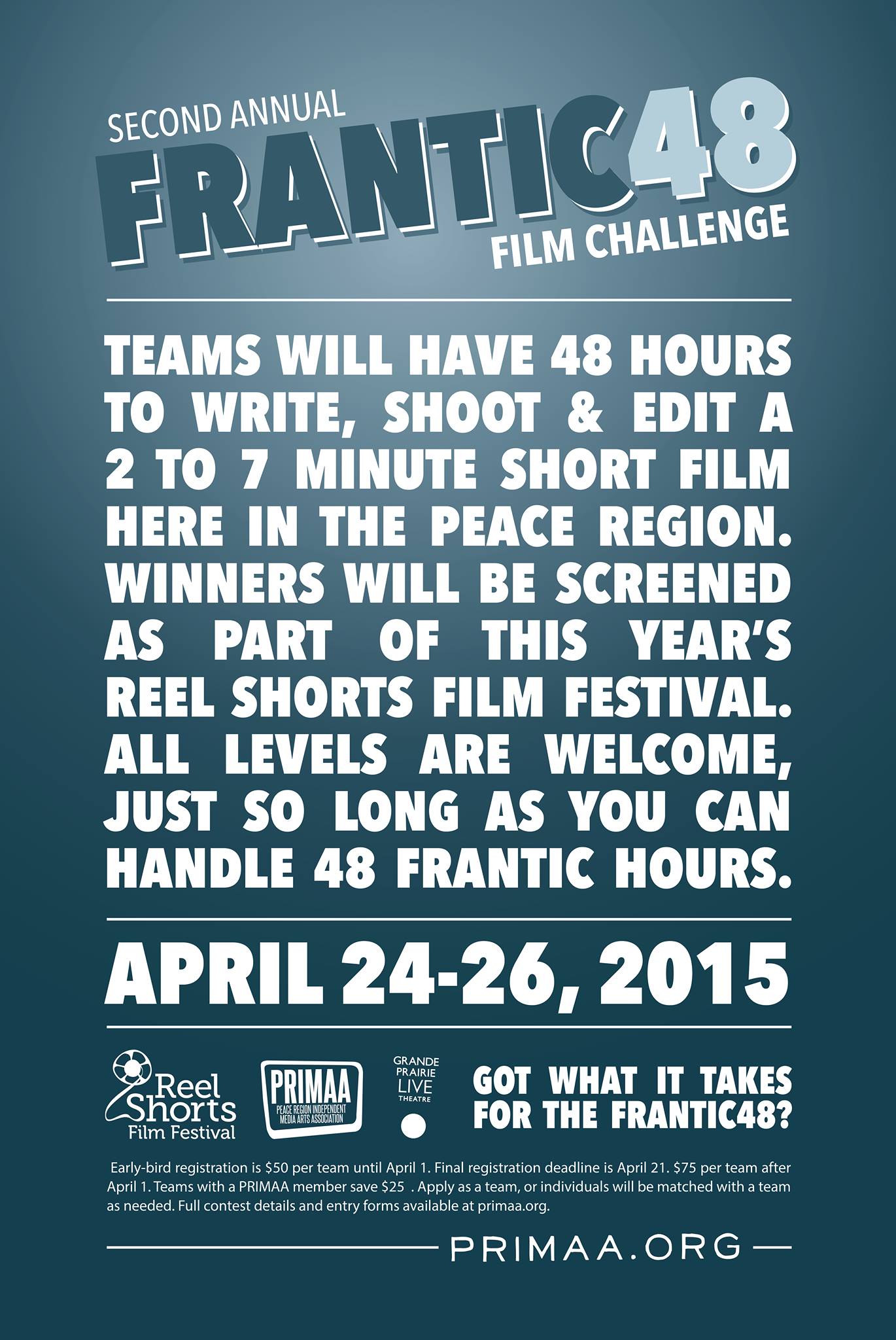 The Peace Region Independent Media Arts Association along with the Reel Shorts Film Festival are looking for local filmmakers to take part in the second annual Frantic48.

The weekend of April 24-26, filmmakers will have 48 hours to create a short film anywhere in the Peace Region.

A selection of the completed films will then be screened at the Reel Shorts festival in May, and will be considered for Best Film and Audience Choice awards.

The early bird deadline to register is April 1, with general registration closing at 6 pm on April 21.