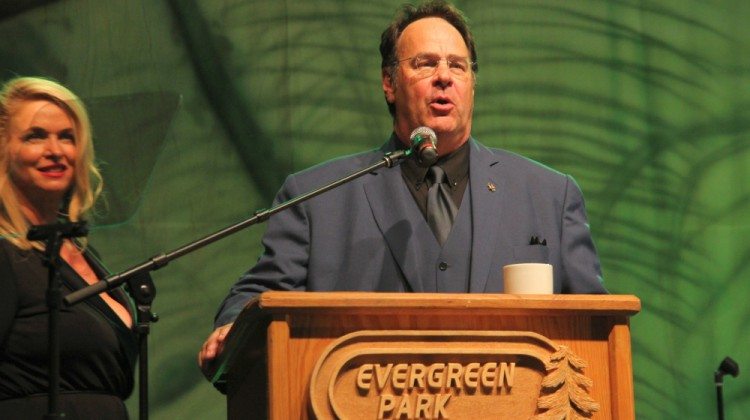 The next Amber Ball is set for September 26th, and it’s been confirmed that at least a few of last year’s celebrity guests will be returning.

In 2014, Dan Aykroyd and his family made the trip to Grande Prairie, along with Fran Drescher, Brett Wilson, and John Paul DeJoria, but organizers are keeping mum on who’s coming back.

Candice Popik says it will now be an annual fundraising event, now that the Philip J. Currie Dinosaur Museum is on track to open this fall.

“Everything’s on schedule to do so. Our exhibit installations start in June, July, and August, so it’s going to be a big year.”

Also on the calendar is an open house when the Tour of Alberta heads through the County of Grande Prairie at the beginning of the month.

“The Tour of Alberta is going through Wembley and will be going by the museum,” explains Popik, “so we hope to have an open house event taking place on September 2nd and 3rd. [It will] depend on where we are with our installation installs, how much of an open house it will be, but we’re hoping to have some fun activities.”

The construction of the building is complete, and since the $4 million in funding was secured in December, the exhibitions are now being designed, with installation expected over the summer.