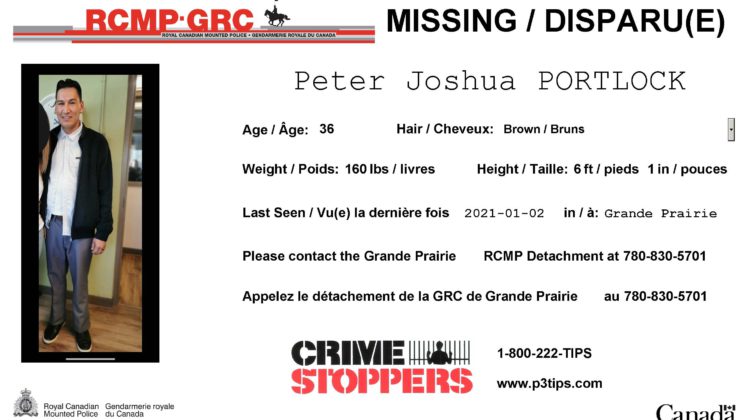 Grande Prairie RCMP are asking for the public’s help to locate 36-year-old Peter Portlock. He has been reported missing and was last seen in Grande Prairie on January 2nd.

Police say Portlock may have been travelling to Edmonton in a blue 2012 Hyundai Veloster, licence plate CGW6240.

Portlock is described as 6’1″ and roughly 160 lbs, with brown hair and brown eyes.

There is a concern for his well-being and anyone who may have any information as to Portlock’s whereabouts is being asked to contact Grande Prairie RCMP or their local police detachment.