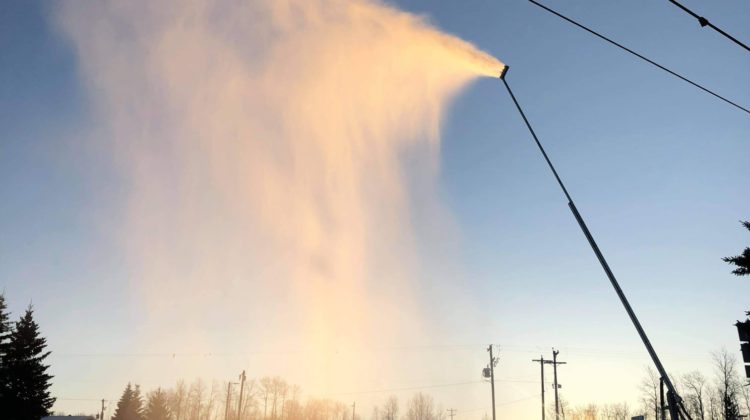 Snow bunnies should have November 25th circled on their calendar. That’s the new opening date for Nitehawk Year-Round Adventure Park.

The ski hill had originally planned to open its slopes to the public on November 21st, but General Manager Johnathan Clarkson says a couple more days of snowmaking are needed.

“With the reduced amount of terrain that we have open this season we want to make sure that we have all runs ready for opening day. By waiting until November 25, we will have all skiable terrain open.”

Last season at Nitehawk got cut short by the COVID-19 pandemic, and the hill suffered an even greater setback when a landslide damaged it. Clarkson says the team is chomping at the bit to welcome the public again.

“I think that outdoor recreation, as we’ve seen over the summer, is only going to continue in terms of its popularity and importance to the mental and physical health of everybody.”

Operations at Nitehawk will look different from years past, with the chairlift out of commission due to the slide, and the mandate of face coverings in public areas including lift lines. Glow-in-the-dark tubing has also been added.

“Break out the tight and bright neon wear and come one out and glow in the tube zone; it’s going to be a lot of fun.”

The top of Showoff, Halfpipe Run, Willoway, Bob’s Bump, the Adventure Zone Toddler Play Area, the Terrain Park, as well as the Aquatera Tube Zone and the Toddler Tube Lane will be open to start the season.