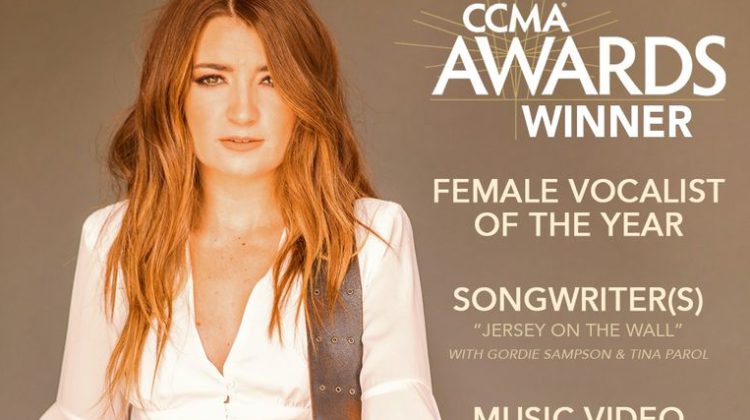 Grande Prairie country star Tenille Townes took home a trio of awards from the 2020 Canadian Country Music Awards. Townes, for the second year in a row, got the nod in as Female Artist of the Year. She also took home the hardware for Video of the Year and Songwriter of the Year.

It was the feather in the cap for a successful September for Townes, who earlier this month also won New Female Artist of the Year at the Academy of Country Music Awards.

Townes was also a guest of the National Hockey League this past weekend, as she sang the U.S. national anthem ahead of game five of the Stanley Cup Finals between the Dallas Stars and Tampa Bay Lightning.

What a night!!! Such an honour to play the #CCMAawards and sing this song. ❤️