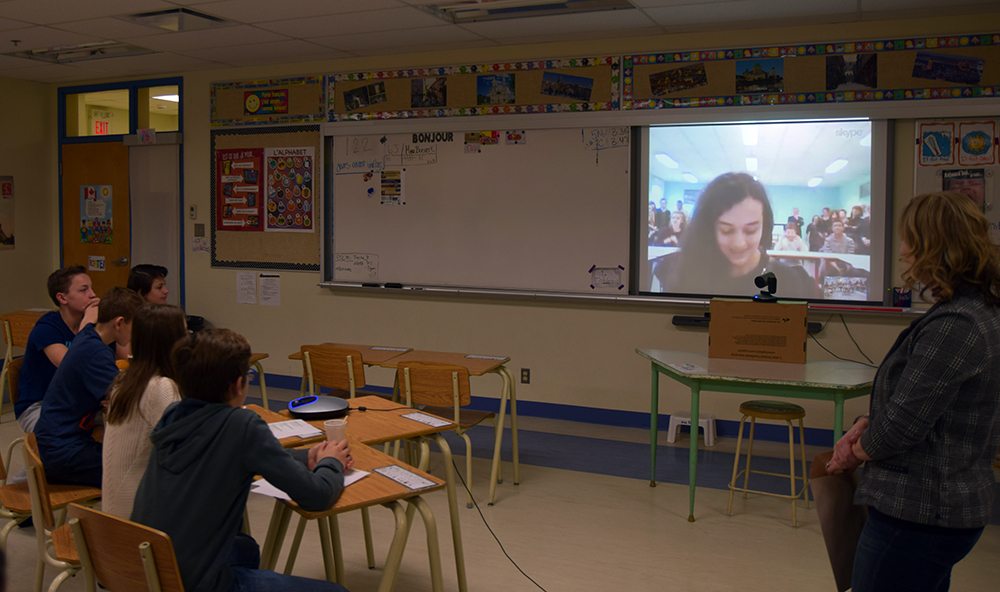 A formal agreement between a grade 8 french class at Alexander Forbes and a classroom of students in France learning English is meant to mark the beginning of a far-reaching partnership.

Students have been communicating via video chat for the past couple months, helping each other to learn their respective languages.

Grande Prairie Public School District French Coordinator and Instructional Coach Ginette Pele says now that the first class here in the Peace Region has formally initiated the partnership, it will only get bigger.

“With the signing of the partnership, that’s an exciting opportunity to continue and build and grow. Obviously the partnership is open to french immersion classes, we have the francophone school board involved. It’s really for any student studying french, essentially.”

There are two specific goals for the program moving forward.

Pele says they will help with growing the partnership.

“One of the things we are looking to do is increase the amount of educators and students participating in ongoing projects with students from France. The second piece is that we’re looking to job shadowing between the educators in both countries to learn and develop and grow from one another.”

The agreement also supports exchanges between teachers starting this spring, and Pele says she hopes to see students headed overseas by this fall as well.