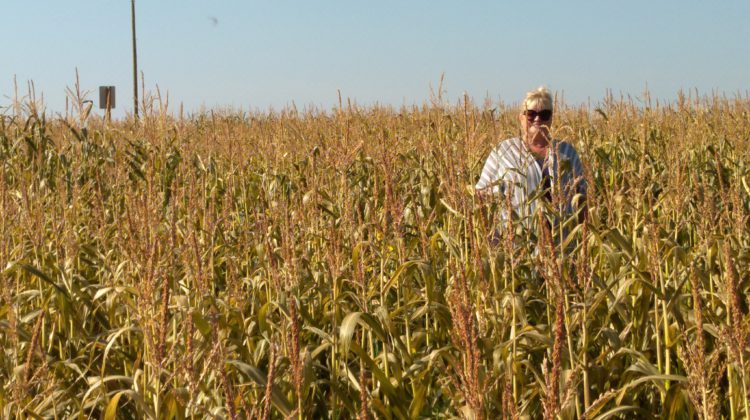 With all that is happening in the world, the organizers behind the Grande Prairie Corn Maze are hoping residents will relieve some stress and, at least for an hour or two, get lost in some fun. Builder Jason Halwa says despite a couple of years with damaging forecasts and limited schedules, they’re happy, especially amid a pandemic, to be able to give back a bit of fun to a city which he believes could use a night out.

“Mother Nature seemed to get her hand in there every year and throw us a bit of a curveball, and it was kind of last-minute thing,” he says. “We didn’t think even this year we would have time to put stuff together here, but, like farming, everyone is getting their crops off now and it seems to be going ok, but we will keep our fingers crossed that we will have a nice fall.”

Halwa says one of his favourite parts of the corn maze is the lack of technology involved for those who take part. He adds that it brings people both young and old together to try to navigate the terrain.

“Every time everyone comes out they have so much fun, and you know… usually things like iPads and everything goes by the wayside… and it just becomes about trying to get in and out,” he chuckles.

As far as COVID-19 precautions are concerned, Halwa says they’re asking people to be mindful of social distancing just like they would anywhere else, but jokes that there is plenty of room and hopes it won’t be an issue. The corn maze which officially opens on September 18th is located by Country Roads RV Park. The maze will be open Monday-Friday, 3 p.m. to 8 p.m., Saturday noon-8 p.m., and Sunday noon-6 p.m. Halwa says due to COVID-19 prices will be dropped to $5 a person regardless of age, with kids under five still getting in free.