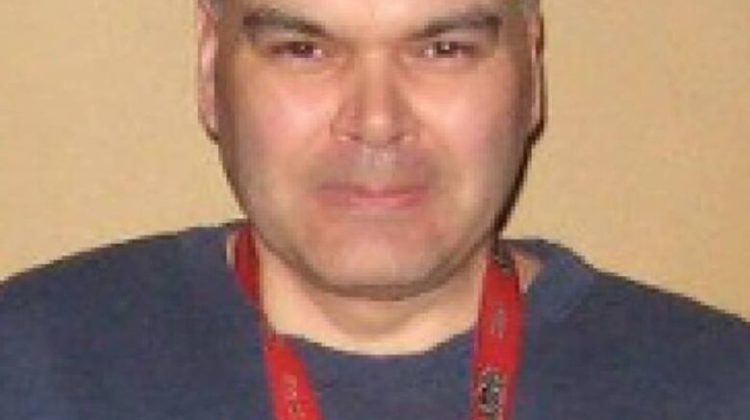 James Daniel McIntyre, 48, was killed during an altercation with Dawson Creek RCMP on July 16, 2015. (Supplied, Facebook/CBC)

A public inquest into the death of James Daniel McIntyre has been scheduled by the BC Coroners Service. The inquest is set to begin September 28th at the Dawson Creek Courthouse.

McIntyre, 48, was reported deceased to the Coroners Service on July 16, 2015, following a police altercation. Inquests are mandatory for any deaths that occur while a person was detained by or in the custody of a peace officer under Section 18(2) of the Coroners Act.

Local RCMP were responding to a report that a suspect was damaging property at a BC Hydro Site-C open house when they came across the masked man outside of a restaurant in the same building. McIntyre, who was at the time reported to be wearing a mask and weilding a knife, was shot by local RCMP after allegedly not complying with an instruction to drop the weapon. It was shortly confirmed thereafter that McIntyre was not the suspect RCMP were looking for.

An independent investigations office at the time cleared the officer who fired upon McIntyre of any wrongdoing, stating the officer was responding to a “serious and immediate threat.”

Shortly following McIntyre’s death, the “Hacktivist,” group Anonymous claimed he was an associate of the organization and demanded the arrest of the officer who opened fire. In retaliation for their demand not being met, Anonymous released a document they claimed contained government secrets about Canada’s spy agency. The document was not publicly authenticated.

According to the Ministry of Public Safety and Solicitor General, a jury must not make any finding of legal responsibility or express any conclusion of law. The jury will, however, certify the identity of the deceased and how, where, when and by what means death occurred.

The BC Coroners Service is not a fault-finding agency. It provides an independent service to the family of the deceased, community, government agencies and other organizations.