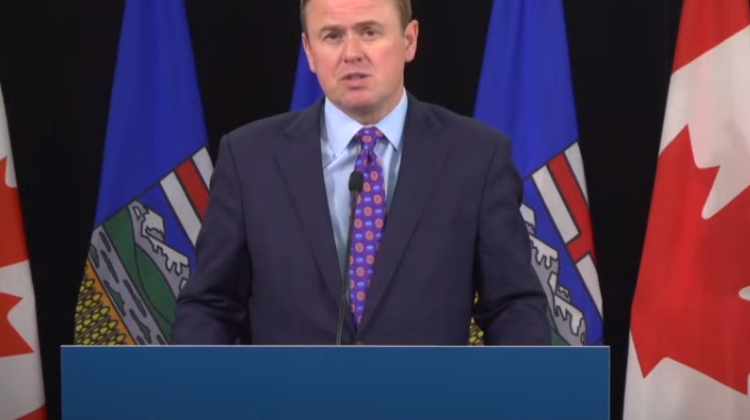 Some Grande Prairie physicians are speaking out after Alberta Health Minister Tyler Shandro suggested the concerns of medical professionals lie with money rather than patient care.

“Any time someone says it’s not about the money, it’s about the money,” said Shandro during a press conference on September 9th in response to the ongoing conflict over physicians’ wages, fees and a contract between the health ministry and Alberta doctors.

Dr. Brianne Hudson, who has owned and operated a family health clinic in Grande Prairie for the last five years, says she and her fellow physicians oppose Shandro’s changes because they make Alberta a hostile environment for practising doctors, and threatens to force many to shutter their clinics. Such changes include significant salary reductions, the removal of a physician’s right to binding arbitration, and an ability for the government to define where in the province a physician is allowed to practise.

“This is very offensive. It feels like the UCP government has lost sight of the fact that this is a democracy and they are intended to represent the best interests of Albertans,” she says. “There has been widespread dissent for the decisions that Tyler Shandro has made and the legislation he and his party have put forth.”

Dr. Darryl Bartie, a practising physician in Grande Prairie agrees. He says that while he enjoys the lifestyle that the current wage affords, it has never been his motivation to practise medicine.

“People who go into medicine are doing it to help people; If you are only in it for the money, there are other ways to make much more money,” he says. “If you didn’t care about people and making things better for at least a few people, you wouldn’t be [in medicine].”

On July 29, the Alberta Medical Association published a vote of no-confidence against the health minister of which nearly 9,000 member physicians and medical students participated. Of those who participated, 98 per cent indicated they had lost confidence in Shandro’s ability to manage Alberta’s health care system.

Dr. Hudson says she feels comments issued by minister Shandro are defamatory and confrontational towards physicians in Alberta as opposed to being constructive and communicative.

“When I look around at my colleagues, I feel that Minister Shandro paints a picture of a physician who is greedy and money-hungry and I can [say] that is not me and that does not describe my colleagues.”

She adds through Bill 30, which was passed through the Alberta Legislature in July, physicians in the province could stand to make more money than what they would have in a public health care system. The bill enables this by allowing more room in the province for privately operated health services which would be able to drive up market costs to clients. Private, for-profit services would also bill the government directly for services as opposed to operating on a set contract.

Regardless, threats have been made to simply leave Alberta or to cease practising entirely.

On July 15, the Alberta Medical Association published an ad publicly agreeing to the Government of Alberta’s demand to reduce the government’s physician services budget from $5.4 billion annually for the next three years to $4.571 billion. The AMA also agreed to work with the government to manage the physician budget and explore new payment models, as well as to advance and stabilize the provincial health care platform.

The AMA also said it would, in good faith, withdraw its lawsuit against the Government of Alberta filed in response to the termination of our contract and withdrawal of arbitration rights, upon the signing of the new agreement. Dr. Bartie says there has been no small amount of animosity between doctors and the government at the negotiating table, though suggests a way he believes would make future discussions more civil.

“Some honesty from the government wouldn’t hurt.”

MyGrandePrairieNow.com reached out to Minister Shandro for comment but did not hear back by the time of publication.