City exploring options for the future of Bear Creek Pool 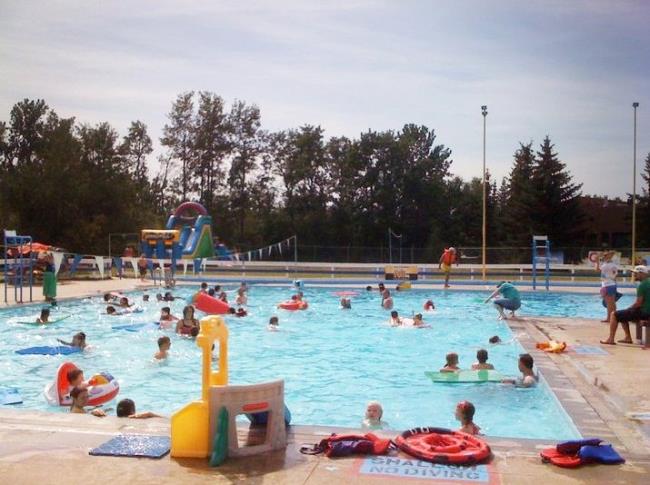 City administration has begun the process of trying to decide what will become of the Bear Creek Pool after the city decided not to fund a restoration project in their most recent capital budget.
There are a few options that have been proposed, but Community Living Director Garry Roth says there is a process that they want to go through before a decision is made, including speaking with both the Muskoseepi Park Advisory Board and the GP Youth Council.
“We haven’t forgotten about Bear Creek Pool, but we do know that there is significant structural damage to the tank, and we can’t just put water back in it, it has be replaced and repaired. That’s just not something that’s going to happen overnight.”
Roth says an important part of deciding the future of the pool is considering all the aquatic features the city has to offer, and how they complement each other.
“With the re-opening of the Leisure Centre, we have to look at what services or programs we offer there. Just from a straight up business perspective we have to try and make sure that each one is a little bit unique, and that each one offers something that the other doesn’t, and that they are complimentary and not competing with one another.”
The first two proposed options are to restore the pool to it’s former state, or to convert it into a shallow splash park with a minimum 5′ depth.
Both of those come with a price tag of about $2 million.
Roth says the third option is to convert the facility into a dry space that could be used for gatherings.
“We’d still use the infrastructure that’s in the existing building, and then attach a large space that could be rented out to groups. It’s almost like a cookhouse kind of concept where people could come and host family reunions or other gatherings, and have it more as a recreational, rental kind of place.”
The cost for converting the pool into a gathering space is estimated to be about $1.25 million.
Facebook
Twitter
ReddIt
WhatsApp
Email
- Advertisment -
- Advertisment -
- Advertisement -