Rain, below average temperatures forecast for rest of summer 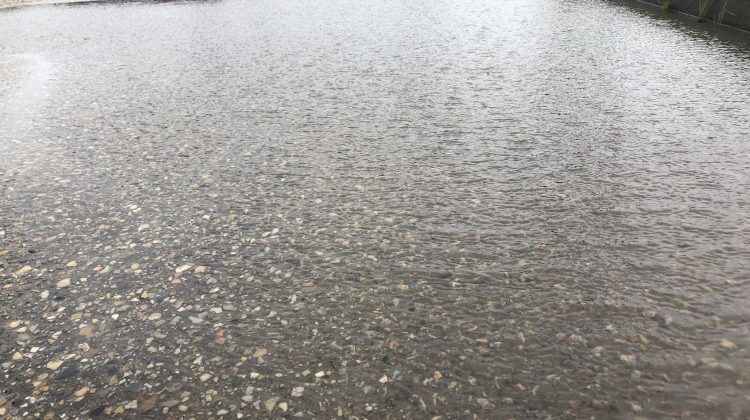 The trend of higher than average precipitation and cooler temperatures were a staple of July weather. (Michael Lumsden MyGrandePrairieNow.com staff)

The trend of below-average temperatures and above-average rainfall is likely to continue throughout the rest of the summer in the Grande Prairie region. Environment Canada Meteorologist Sara Hoffman says, despite some recent hot and sunny days, their models continue to show a dip in temperatures are just around the corner, and they could stick around.

She adds when it comes to severe weather, like thunderstorms, that trend may also continue.

“It’s just sort of how the patterns have been this year; we’ve been really socked in with an upper pattern with cooler hair aloft, which helps create that instability for storms… it’s kinda just the cards we’ve been dealt this year.”

Hoffman adds the August long weekend could also bring some unsavoury weather, specifically towards the start of Heritage Day on Monday. With the temperature expected to drop from a high of 28 degrees down closer to 21 over a 24 hour period, Hoffans says, typically, such a drastic drop can be a harbinger of bad news when it comes to weather.

“I know people might go away or go camping on a long weekend and Sunday into Monday for the Peace Country, in particular, it looks like it could be a very active day again.”

She adds severe thunderstorms are more than just an inconvenience, and they can, and do, cause harm to people who don’t heed warnings.

The average temperature for early August in Grande Prairie is 22.5 degrees Celcius.