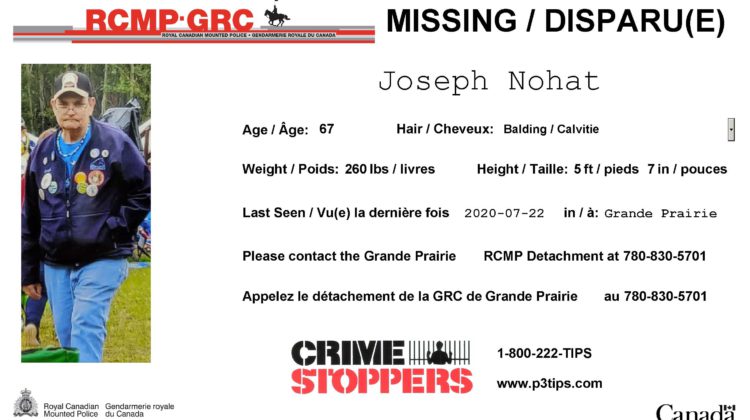 Concern is growing for a 67-year-old man missing from Grande Prairie. The RCMP says Joseph Nohat has a medical condition and requires medication.

He was reported missing on July 22nd, having left his home in Royal Oaks sometime between 3:45 and 4:30 p.m. that day. Sergeant Shawn Graham says he may have hitched a ride.

“Around that time or early Wednesday evening Joseph may have been picked up while hitchhiking on 132 Avenue in the Arbor Hills area by a blue vehicle headed west. Anyone who picked up someone in that area around that time is asked to contact police.”

Graham adds police are very concerned for his wellbeing and ability to manage while on his own. As a result of his condition Nohat may be disoriented and confused.

Mounties are asking the public to be on the lookout. Anyone with information on his whereabouts is asked to contact the Grande Prairie RCMP.