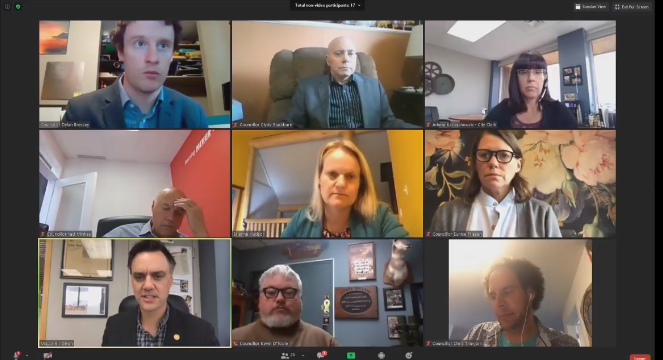 A group of Grande Prairie doctors has received support from city councillors. After nearly an hour-long discussion Monday night, council voted to affirm the value of local physicians to the community as vital to its health, economy, and way of life. Councillors also plan to ask for a meeting with Grande Prairie MLAs Tracy Allard and Travis Toews to discuss heath care in the city.

The group was led by family physician Dr. Brianne Hudson, who argues, with the COVID-19 pandemic more under control, it’s the right time for issues surrounding physicians’ fee structures and their other concerns to come back into the spotlight.

Dr. Hudson says her biggest worry revolves around the provincial government’s cancellation of the master contract between themselves and the Alberta Medical Association. She says despite Health Minister Tyler Shandro announcing in April that rural doctors would be exempt from changes to overhead billing, a lack of a master contract could lead to another decision reversal, adding it would be family physicians that would take the brunt of those changes.

“Primary care is cost-effective for a health care system when a patient goes to visit their family doctor, a basic visit costs them $38… a visit to the emergency department costs over $1,000 to the system. Investing in primary care improves outcome, saves lives, and it also saves cost.”

Dr. Hudson says since that April announcement, the introduction of Bill 30 is another worrying sign. It would, among other things, allow for faster approval processes for chartered or private surgical facilities to operate.

“I can’t speak for everyone, but it certainly seems this government does support a move towards privatization, and, from my perspective, I’m concerned about the population that would not have access to those services.”

Mayor Bill Given says with the importance of health care professionals in the city, and their involvement in the community, they were happy to get a new perspective on an issue that has been hotly debated across Alberta in recent months.

“It’s very rare where we have a doctor show up about any kind of issue; they are busy professionals. I think the fact we had three, four, or five doctors willing to spend nearly an hour with council really spoke volumes about how important this issue is to their industry.”

A recent survey conducted by the AMA suggests that upwards of 49 per cent of doctors who took part are actively making plans to or are considering leaving the province as a result of decisions made by the government.