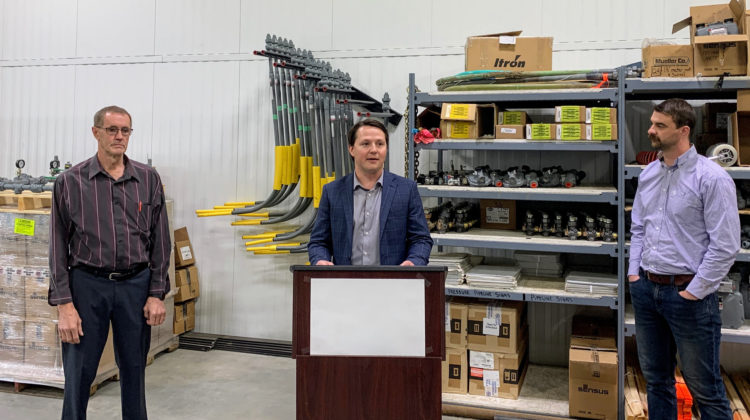 Construction on a new natural gas supply line is set to begin after receiving a grant of $16.2 million from the provincial government. Northern Lights Gas Co-op will be installing 92 kilometres of six-inch high-pressure line roughly from Peace River to La Crete.

The project is expected to create around 50 construction jobs, as well as attract industrial employers needing access to natural gas to the region. Upon its completion, it is expected to provide stable energy supply to some of Alberta’s northernmost farming communities.

Minister of Agriculture and Forestry Devin Dreeshen says the new development will connect to and branch up from a primary natural gas line in Peace River, running north into La Crete. He notes the population of the area is rising.

“I know in Mackenzie County specifically they’ve grown by over 20 per cent since 2003, so that’s a pretty impressive growth rate,” he says. “This 92 kilometres of pipe, it’ll start at the Nova Gas Transmission, Wolverine River pipeline and that will stretch all the way up northeast.”

Northern Lights Gas Co-op is expected to benefit from an increased customer base, as the new supply line will allow the company to serve large industrial customers. Board chair John Fehr says the grant provided by the government is estimated to be able to cover roughly half of the total expected cost of the pipeline.

“We jacked up our prices, for lack of a better term. Now we have a loan in place for the rest of it, but eventualyl the customers will have to pay for it,” says Fehr.

Minister Dreeshen confirms, should the project apply for more funding, it is something the provincial government would entertain dedicating more resources to.

According to Fehr, the supply line is expected to begin development next summer, with a completion date completed sometime in 2022.