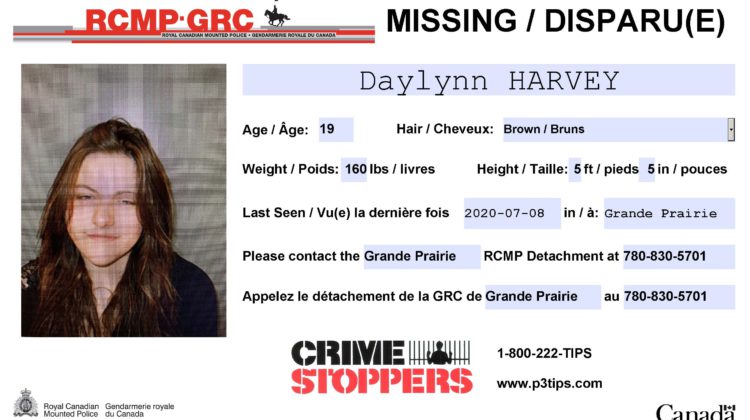 A 19-year-old has been reported missing from Grande Prairie. Daylynn Harvey was last seen in the city on July 8th.

They are described as 5’5″ and 160 pounds with brown hair and green eyes. They were last seen wearing a black hoodie, black pants, a t-shirt, and pink rubber boots.

Police say there’s concern for Harvey’s wellbeing. Anyone with information on their whereabouts is asked to contact the Grande Prairie detachment or Crime Stoppers.