UPDATE: One dead in Highway 43 crash 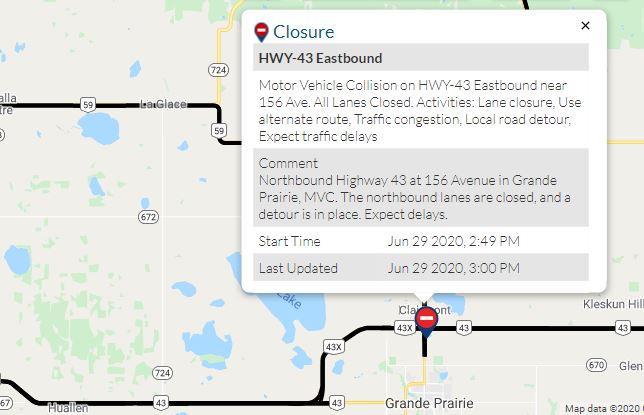 UPDATE: Grande Prairie RCMP has confirmed one person died in Monday afternoon’s crash. The 50-year-old driver of the pickup truck was taken to hospital with serious injuries and was later pronounced dead. The man’s name is not being released.

The driver of the semi was not injured. Police say their preliminary investigation shows the pickup was heading north on Highway 43 and hit the semi heading east on 156 Avenue.

An investigation with an RCMP Collision Analyst continues.

Northbound traffic on Highway 43 is being detoured around a crash in the northbound lanes at 156 Avenue. Grande Prairie RCMP says it involves a pickup truck and a semi-truck.

Drivers are warned to expect delays and are asked to take a different route if possible.