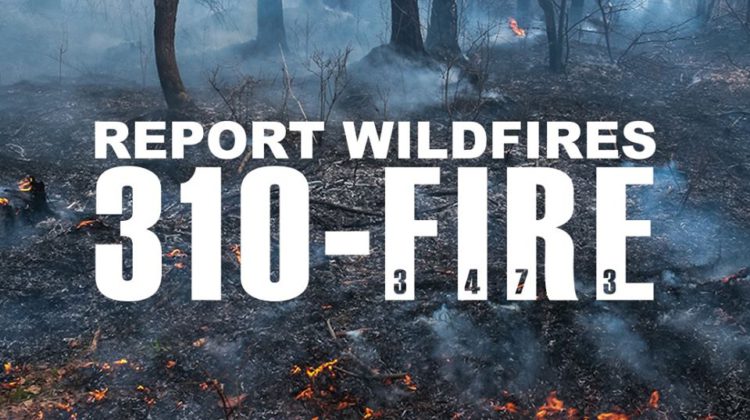 If you spot a wildfire call 310-FIRE (Alberta Wildfire)

Despite the fire danger listed as low, a fire advisory remains in place for the Grande Prairie Forest Area.

Since March 1st, there have been 28 wildfires in the Grande Prairie Forest Area, and with lightning-related fires being more common in the summer months, officials with Alberta Wildfire are asking everyone to keep an eye out for any potential fires.

The fire advisory has been lifted and issued twice since June 17th, after warm temperatures and gusty winds bumped the wildfire level to high. On the 17th, there were three lightning-caused wildfires in the forest area which were all eventually put out.

Under the advisory, burning without a permit and unattended or unsafe campfire are prohibited, while things such as safe wood campfires, backyard fire pits, charcoal briquette barbecues, and natural gas or powered appliance are allowed.