Two teens have been arrested in connection with several costly incidents of vandalism in Fairview. RCMP says there were at least 26 reports of vandalism between June 5th and June 7th, primarily overnight. 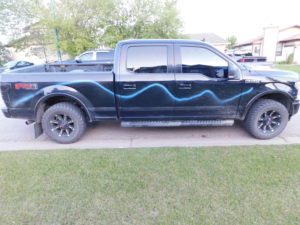 17 personal vehicles were also targeted, and, in one case, cough syrup was reportedly poured in a fuel tank, costing more than $5,000 in repairs. The RCMP says Classic Collision donated its services to remove the vehicle graffiti, and has also helped fix up several buildings.

“This is an example of how the Fairview RCMP, along with community members and businesses have come together to help each other during a difficult time. If it were not for tips from the public, these investigations may never have been solved. The Fairview RCMP appreciates the support we receive from the communities we police. Thank you.”

The youths from Fairview are facing 26 counts of mischief over $5,000. They have been released with conditions with a court date set for September 9, 2020.