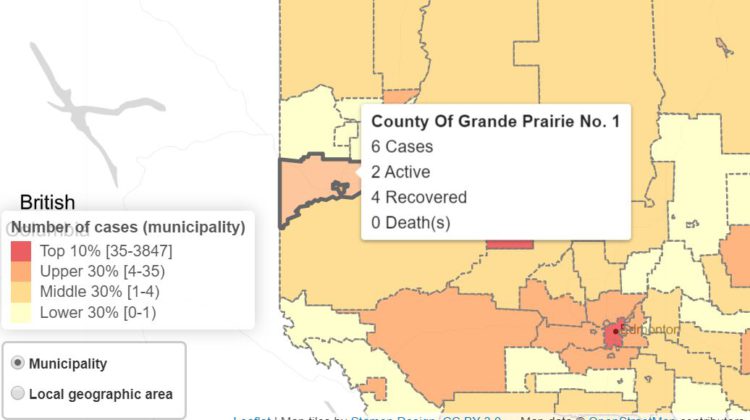 As of May 24, 2020, AHS reports two active and four recovered cases of COVID-19 in the County of Grande Prairie (Alberta.ca)

A second active COVID-19 case has been confirmed in the County of Grande Prairie. Alberta Health Services says the region has two active and four recovered cases, while the City has three active and three recovered.

The case is the only case added in the AHS North zone Sunday, bringing the total to 235. Of those, AHS says 200 are recovered and 20 active.

Across Alberta, 42 cases were added Sunday, bringing the total since the onset to 6,860. More than 86 per cent are considered recovered, while 46 are in hospital and six in intensive care.