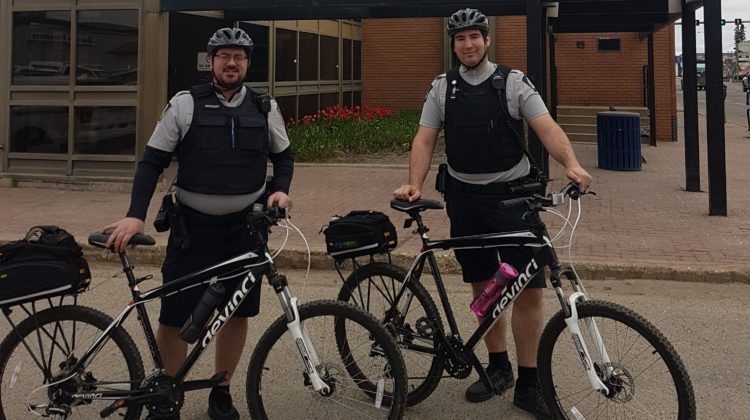 Officers with the City of Grande Prairie’s Enforcement Services will be introducing a four-person bike unit as part of their summer patrols. Enforcement Services Manager Kelly Kokesch says the new unit will patrol all neighbourhoods in Grande Prairie, with an emphasis on the downtown core, Muskoseepi Park, South Bear Creek, as well as events if there are any later this summer.

“It gives the opportunities for our officers to engage with the public, businesses, as well as anyone else causing any issues in nooks and crannies within the city,” he explains. “It does force or enable those contacts to be made much easier.”

Kokesch says last summer the team focused on increasing the number of foot patrols, which successfully led to the ability to be out in the community and develop a strong point of connection with all residents. Kokesch adds the unit will also focus on positive engagement with the population experiencing homelessness throughout the entire pilot project.

“It enables these four officers [to be] more knowledgeable with these people and the processes, [as well] engage other departments, like Northreach and outreach workers and they can potentially resolve some of the issues they see every day.”

Bike patrols should be out and about in the city until the end of August.

Over 14-million Canadians have now applied for CERB