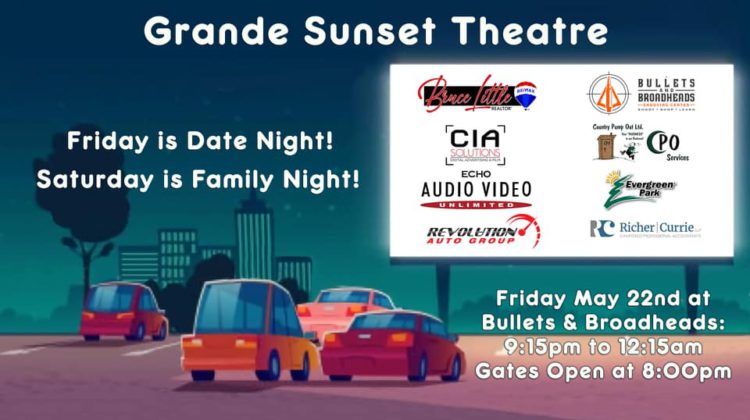 Another weekend of drive-in movies has been planned for Grande Prairie (Grande Sunset Theatre, Facebook)

The group behind a recent pop-up drive-in style movie theatre is getting a second kick at the can. Organizers of the event, now named Grande Sunset Theatre, say they are ready for their second showing after they postponed it due to concerns from Alberta Health Services.

The first night was held April 25th, but another planned for the 25th was put on hold until things like public washrooms could be set up. Put together by Revolution Auto Group, EchoAVU Unlimited, and Bullets & Broadheads, among other partners, the event now has a capped capacity of 90, and a price for tickets, with proceeds for each event donated to a local charity or non-profit.

The group says Friday night will feature a showing of Bad Boys for Life, and then a “throwback family night” Saturday night presentation of E.T. the Extra-Terrestrial. In a post on Facebook, officials say they are working on a permanent location for the rest of the summer with more room for people to enjoy themselves.

Details on tickets have not yet been released.