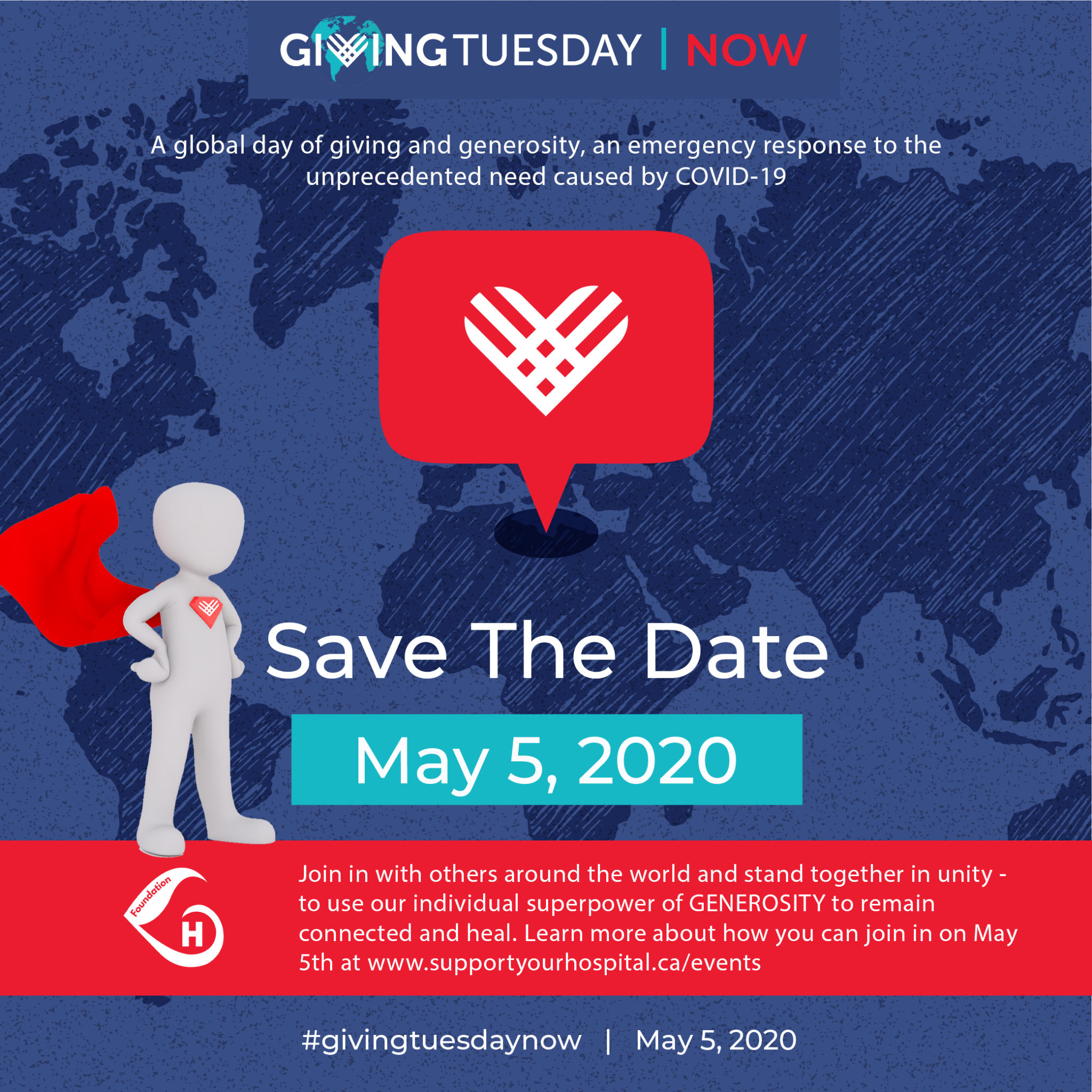 The Grande Prairie Regional Hospital Foundation is hoping people in the Grande Prairie region will help spread the love on May 5th as part of #GivingTuesdayNow. Giving Tuesday is typically held on the Tuesday after Thanksgiving in the United States as an international day of charitable giving, an additional day has been added this year in response to COVID-19.

Foundation Executive Director Keith Curtis says #GivingTuesdayNow isn’t just about raising money to help out frontline workers; it’s an opportunity for people around the region to remain connected and to heal physically and mentally.

“It’s not just about the dollars, it’s about hope and thanks,” he says. “Giving Tuesday brings that around, so we can bring those messages of hope and thanks to our front line workers, our patients, and even friends and family.”

Curtis adds that it’s also an opportunity to make up for missed connections felt by the general public.

“You just never know what’s happening because you’re not seeing them on a regular basis; you never know that one phone call makes the difference in making somebody’s day brighter.”

Curtis says they’ve mapped out several ways people can show their support on May 5th:

For those who can donate financially, he adds all donations will be held in a fund designed to support the healthcare teams and aid in the delivery of care.