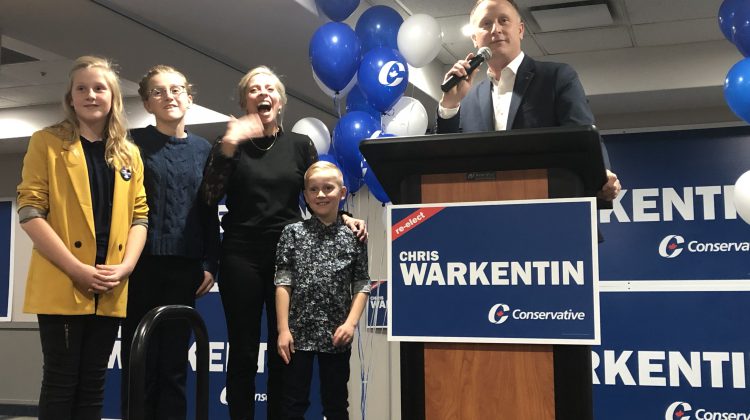 “Small businesses, farmers, workers, and contractors are all feeling extreme strain and this tax will put more hardworking locals out of work.”

Warkentin says with the current economic influx, adding higher taxes would be salt in the wound of thousands in the Grande Prairie region.

“An increased carbon tax from the Trudeau government will only make life more expensive at a time when uncertainty is at an all-time high and family incomes are dropping,” he says.

“We are seeing revenue dry up for small businesses, forcing them to reduce their operations and lay off employees. On a daily basis, I hear from workers, contractors, and business owners in the Peace Country about how this current crisis has devastated their livelihood,” he adds.

The federal carbon tax rises to $30 a tonne on Wednesday and will be raised $10 a tonne annually until capping at $50 a tonne in 2022.