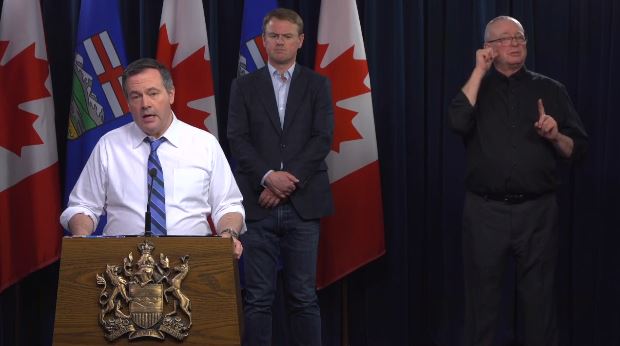 Law enforcement agencies in Alberta have been given full authority to enforce public health orders and issue fines during the COVID-19 pandemic. That includes limiting social gatherings to a maximum of 50 people, and mandatory 14-day isolation for anyone returning from an international destination and close contacts of confirmed COVID-19 cases.

Premier Jason Kenney says too many people are ignoring public health guidelines. He argues every tool must be used to ensure public safety.

“I don’t expect police officers are going to come up and interrogate whether somebody just came back to the country or not. I think the more likely scenario where these powers would be used is if a group of more than 50 people springs up in a park; then, the peace officers could go and break up such an event, and, if necessary, issue fines.”

The move comes as the province confirmed 61 new cases in the past 24 hours bringing the total to 419. There are now 23 in the North zone, including two in the City of Grande Prairie and one in the County.