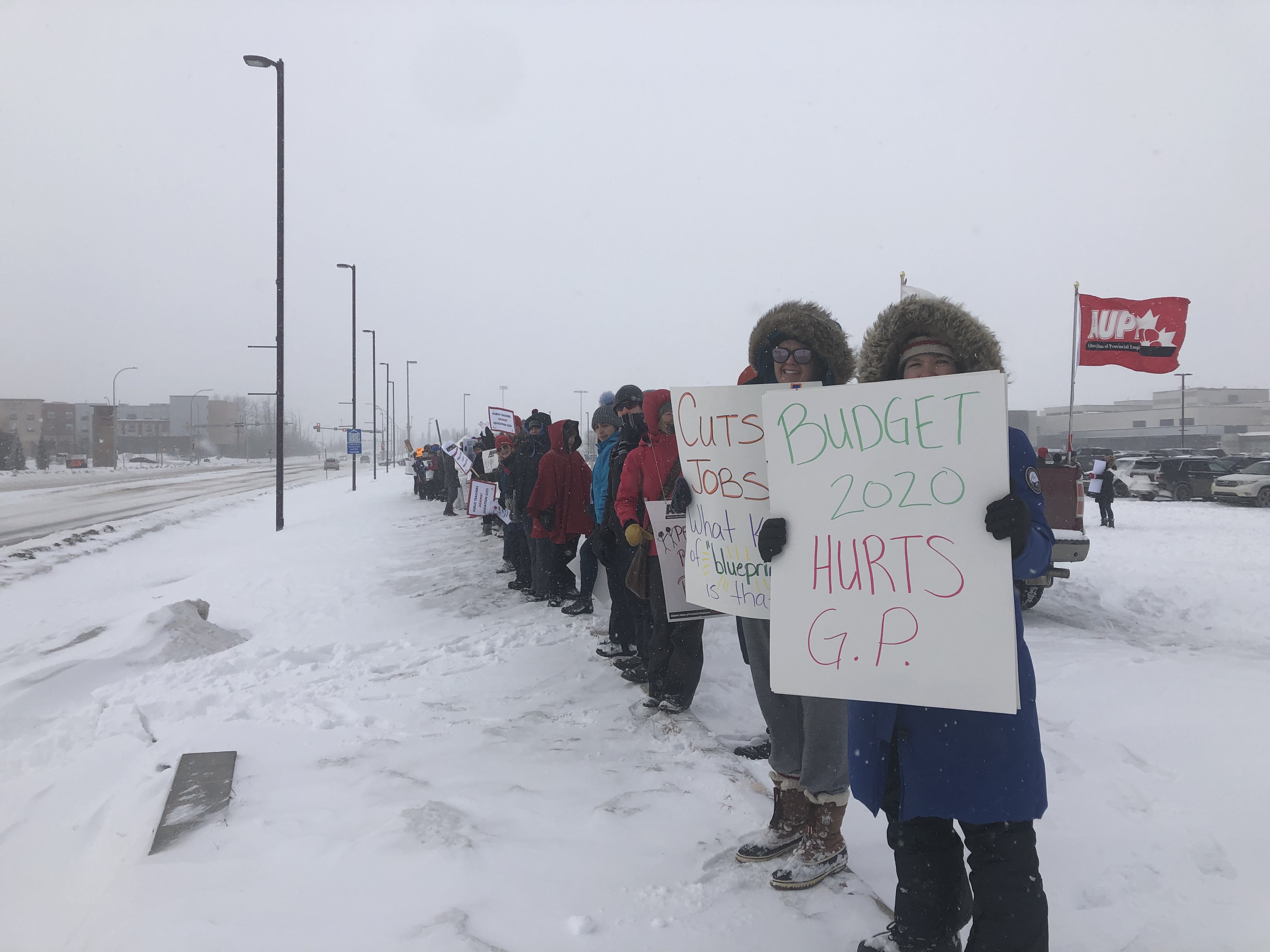 Grande Prairie education, health care, and other public sector workers were on hand at the Eastlink Centre Saturday as part of a province-wide protest against potential cuts to Alberta healthcare and education.

The recently released budget showed around $20.8 billion allotted for healthcare, with $8.23 billion earmarked for education, but it comes with a caveat: $683 million of that education funding must come from “own source funding.”

Former Energy Minister and Fairview resident Marg McCuaig-Boyd says, politics aside, the idea of a “less is more” approach to education goes against everything educators across Alberta are striving for.

“I was a lifetime teacher and administrator in the school system, and it’s important to me in rural Alberta that we have as healthy an education and health system [as possible]. That’s why people move up here, and it’s going to be difficult if it falls apart, to attract families to this region, that concerns me as a northerner.”

McCuaig-Boud adds she is deeply concerned about the potential move into a more privatized system as well. As part of the 2020 budget, Finance Minister Travis Toews said the hope is to create a plan where upwards of 80,000 surgeries can be performed, but with 30 of them moving to private clinics.

McCuaig-Boyd says that could set a dangerous precedent for vulnerable Albertans.

“I’m hopeful we are going to have a system to access as I age myself.”

Grande Prairie teacher and Alberta Teachers Association district representitive Peter MacKay says a middle ground must be reached in education funding. He suggests that it isn’t a political divide standing in the way.

He adds when it comes to own source funding models, the idea wouldn’t pass the smell test with his kids, and it shouldn’t for those looking to keep education funding up with the growing needs of students.

“If I told my kid I’m gonna give you an allowance, you can sell some lemonade, but you can take all the money out of your piggy bank, there, that’s your increased allowance.”

The demonstration in Grande Prairie was part of a series of protests across Alberta spearheaded by the group AbCAN Forward, which saw thousands gather in cities like Calgary, Edmonton, Lethbridge, and Fort McMurray.