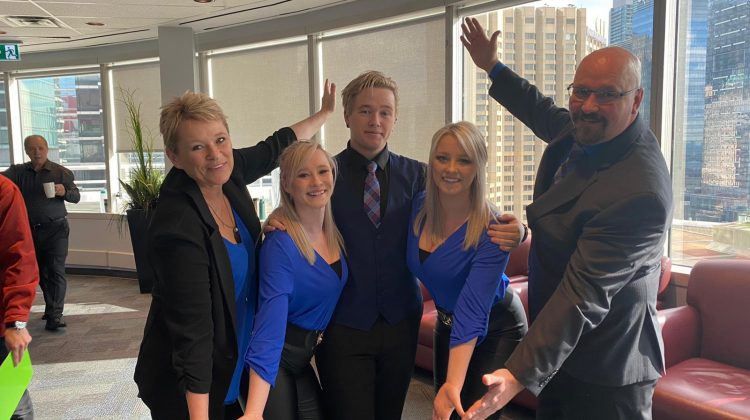 A Grande Prairie family will be looking to make their city proud when they make an appearance on the Canadian version of Family Feud.

Father Ed Funk, mother Jan Robinson, and triplet siblings Riley, Brooke, and Brittany Funk started the process to be part of the show in October 2019. Brooke says they faced stiff competition right from the start of auditions.

“There were 17 other families there from Grande Prairie. They did an audition, got all of us to loosen up and play a few mock rounds of the game. They called us in January and told us they wanted to come in February to do some filming.”

After being flown out to Toronto, Brooke says the family spent a few days being part of the whole process. She says life as a game show contestant gets the blood pumping.

“If you weren’t filming at that time you were in the audience cheering everyone on, or in the green room cheering people on, so it was very high energy,” she says. “In between breaks they have you dancing, the host is talking to you, asking you how your life is, but they keep up that energy; they’re pretty good at what they do.”

Brooke says her days of being an armchair critic of game show contestants are also over, as she discovered it is much tougher than it looks on TV.

“When we watch from home we think, ‘oh my goodness this is so easy’. You get there, it’s not like that; the pressure is on,” she laughs. “Afterward, [we] were like, ‘what we could have said to make this day better, or what happened better,’ but it was a blast.”

The Funk family’s episode is slated to air on March 19th on CBC.