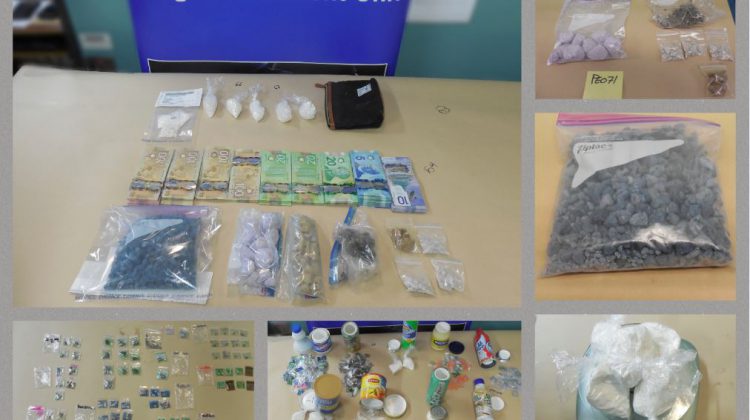 Drugs seized from a home in Grande Prairie (Supplied)

Mounties say the investigation began back in October 2019 after learning about alleged trafficking occurring out of a house in Grande Prairie. Police say after executing a search warrant on the home on February 7th, 2020, seizing both cash and drugs in the process.

Authorities say they seized over 1 kilogram of Fentanyl, along with 407 grams of cocaine, 265 grams of meth and
an undisclosed amount of cash.

Subsequently, 60-year-old Paul Unrau and 32-year-old Andrea Napesis, both of Grande Prairie, are each facing charges of possession for the purpose of trafficking and possession of the proceeds of crime.

Both have been released from custody, and are expected to return to a Grande Prairie courtroom on February 26th.