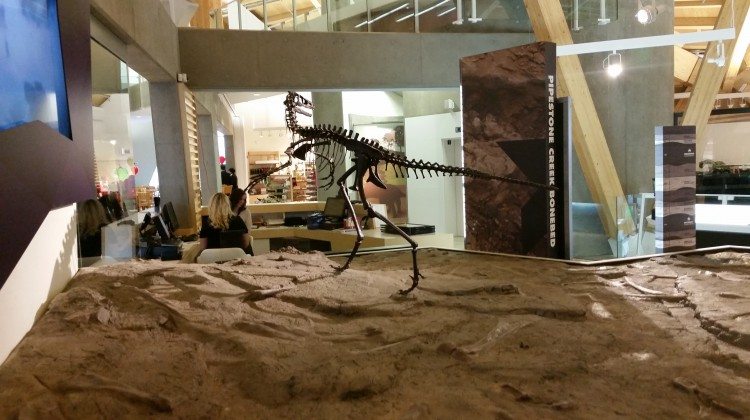 The Philip J. Currie Dinosaur Museum will have a new attraction this fall, as designs have begun on a new escape room feature. Executive Director Linden Roberts says the room should go a long way in making the museum the community hub she is positive it can become.

“This is the first project I can start to effect change. It’s not that the museum has faults to it, but, with anything, we want to develop things further and create exhibits that stand out.”

Roberts says that while a museum may seem like a strange space for an escape room, they’ve turned to creator Scott Nicholson for help on the project. He has an interest in escape rooms in museums and cultural institutions.

“He believes… that gaming is a very good way to engage people and deliver content. It’s a social experience solving an escape room puzzle, and you can embed content into that where people learn by doing rather than just reading.”

Roberts says the theme of the activity will deliver more on how a paleontologist does their job, rather than what they’ve found and learned, adding that is something the museum may be missing.

“If learning is fun, and [children] find out learning is fun and start to appreciate the idea, they continue to learn, and it goes well beyond just this one experience.”

The room was made possible thanks to a $40,000 investment from Ovintiv, the company formerly known as Encana, and will be unveiled as part of the fifth anniversary of the museum, which opened in September 2015.