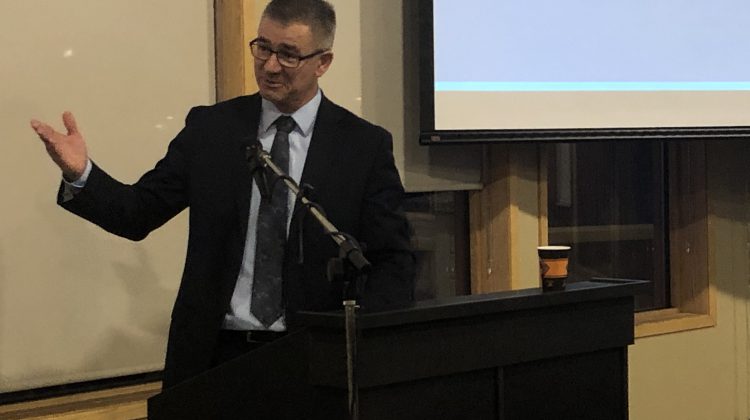 Just four months after tabling his first budget, Grande Prairie—Wapiti MLA and Finance Minister Travis Toews says he will be tabling the 2020 budget by the end of the month.

Toews says his ministry has spoken with more than 30,000 people across Alberta during several pre-budget phone calls. He tells MyGrandePrairieNow.com many have echoed the government’s thoughts on what he calls sensible spending without cuts.

“We heard healthcare and education are vitally important to Albertans, which we are very aware of. We have made commitments to not reduce funding… even in this time of budget restraint and we will make good on that commitment,” he says.

Toews adds, however, that despite no desire to cut services, he believes the province will be in better financial shape if they can wrangle in the costs surrounding salaries.

“We are an outlier, that our public sector remuneration tends to be higher than other provinces, and we can no longer afford to be an outlier. Over the next four years, we will bring those levels in line with other provinces, and that will be essential for us to both balance the budget and ensure we can deliver high-quality services to Albertans into the future.”

Some of those potential cuts were protested against by members of the Alberta Union of Public Employees outside a United Conservative Party even in the city on Monday night.

The 2019 budget, which was tabled in October, removed the post-secondary tuition freeze and allowed universities and colleges across Alberta to raise tuition at a rate of seven percent a year for the next three years.

The budget also featured funding cuts of upwards of nine per cent over two years from Municipal Sustainability Initiative funding. At the time, Grande Prairie Mayor Bill Given said cuts to MSI funding could leave city councillors with some difficult decisions during their budget process over the next few years.

Toews says, in the end, the government plans to keep what they call their commitment to Albertans to balance the budget by 2023, and he believes that can only happen with sound fiscal management.

The budget will be tabled on February 27th.