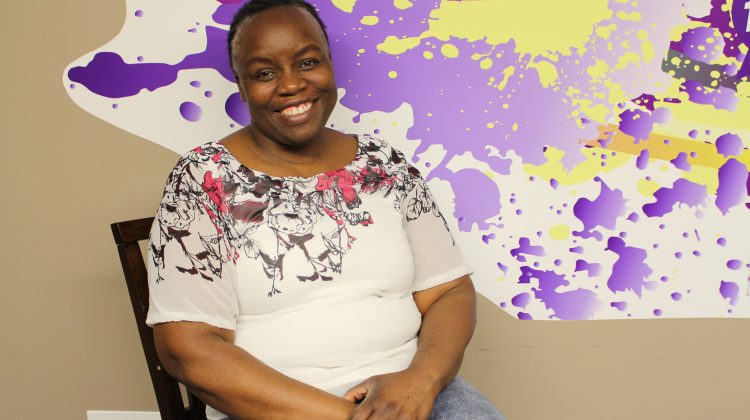 A Grande Prairie entrepreneur with dreams of starting her own public speaking business is one step closer to her goal. Cecilia Mzvondiwa submitted a two minute Facebook video as part of a week-long training program on public speaking and was chosen out of over 1,000 people to receive a $22,000 personal training package.

Mzvondiwa says she always hated social media but decided her goal in 2020 would be to create an online presence. It was while she was trying to start a YouTube channel that she came across the competition on a Facebook page called Women Rocking Business.

“You were supposed to talk about who you are and who you want to serve with your speaking business and why it’s important for you. I was like, ‘no, I’m not doing it,’ but I saw some women post and then I thought some of these are not that good and some were really good… I challenged myself to do my 2-minute video and out of close to 1,000 entries and 100 countries mine was picked.”

The year-long training program included in the package features a number of sessions including one called Women Rocking the Stage. She will also get to work on her skills with a private coach.

Mzvondiwa is no stranger to public speaking and helping others. Born in Zimbabwe, she became a Roman Catholic nun and lived in a convent before getting a law degree and focusing on immigration.

When asked why she wanted to become a public speaker, she says she thinks back to her time with the church.

“I spent 10 years of my life in the convent as a nun so one of my tasks there was I was in charge of the youth and I used to do a lot of youth programs and talk to the youth and a lot of people gravitated towards listening to what I was saying.”

Looking ahead, Mzvondiwa is hoping to hold some free sessions in Grande Prairie to show people what she can provide as a public speaker. She is also hoping to eventually write a book on her transition from the convent to the courtroom and her move to Canada.