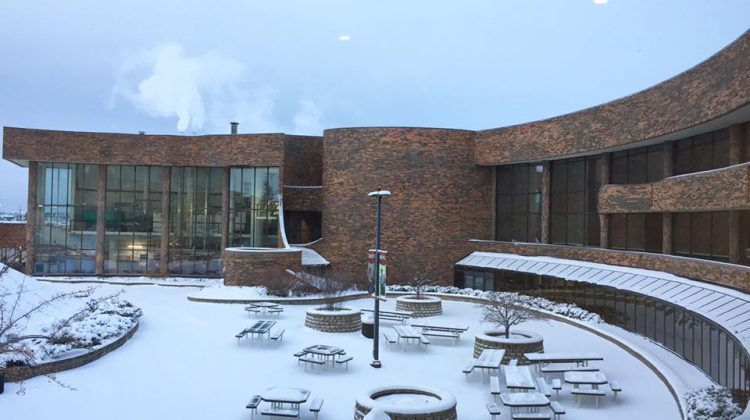 UPDATE: RCMP say information gathered from witnesses and building security when they arrived on scene revealed the male had walked through the building waving what appeared to be a stick rather than a knife.

Police located the man outside of the building, on the property and he was taken into custody without incident. Initial reports indicate no threats were made by the man and no injuries were reported. Police continue to investigate.

Operations have resumed at Grande Prairie Regional College after a lockdown. Around 10:45 a.m. on Wednesday, the college said in a social media post that RCMP was on-site dealing with a situation.

Grande Prairie RCMP say they did receive a call about a man on the campus with a knife. The school was placed under a lockdown and police have confirmed that the suspect was located off-campus and is in custody. The lockdown was lifted around 10:50 a.m.