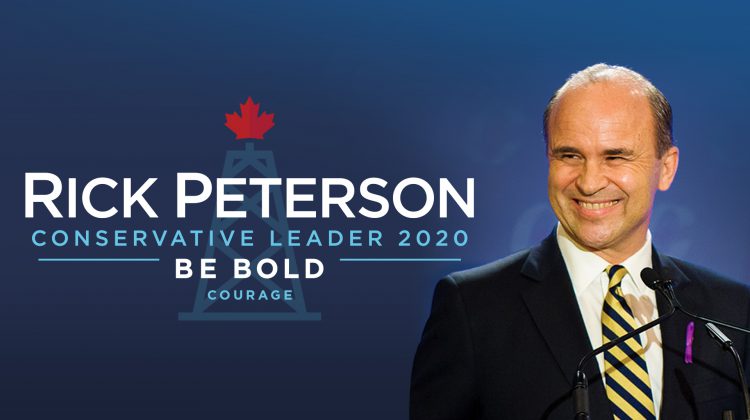 A man raised in Grande Prairie has decided to run for leader of the Conservative Party of Canada. Rick Peterson officially announced his leadership campaign to replace Andrew Scheer on January 29th.

Peterson is no stranger to the leadership race as he ran in 2017 but was beat by  Scheer. When Interim Leader Rona Ambrose decided not to continue, Peterson says he knew what he had to do.

Scheer announced he was stepping down as leader in December following questions about whether party money was being used to help with his children’s schooling although, he says he stepped down because the job was taking a toll on him and his family.

During the race, Peterson says he plans to run on a platform of protecting the resource sector in Alberta including the oil and gas industries around Grande Prairie that he says have been hurt by previous policies.

“Without a resource sector that thrives and is vigorous, we’re going to see a downturn that continues to hurt people, to cause families to lose jobs, to cause businesses to go under and the only way that can change is if we beat Justin Trudeau in the next election.”

The leadership vote will take place on June 27th at the Toronto Congress Centre.