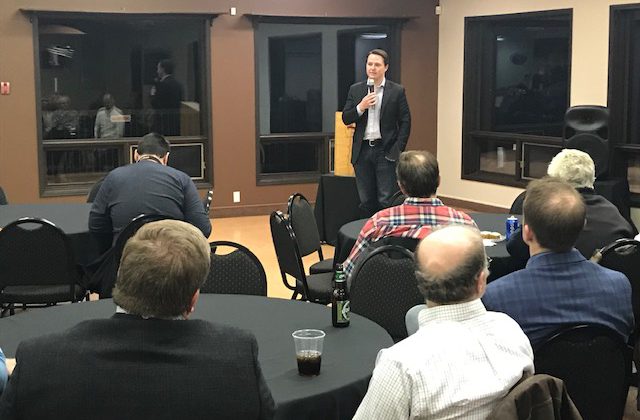 Agricultural and Forestry Minister Devin Dreeshen says he sympathizes with farmers in the Grande Prairie area affected by a less than preferable growing season. Dreeshen was in the county on Saturday for the second time in five months to meet with people in the agricultural and forestry sectors.

He says the main concern he’s heard from people in this area was about the 2019 growing season.

“This is a very hard hit area in the province. We’ve talked to lots of farmers that if they were half done they were ahead of a lot of people so it is something we want to make sure we, as a government, can be there and help farmers out in difficult times.”

According to County of Grande Prairie officials, at that time, between 40 and 60 per cent of crops remained in fields across the region. Agriculture Financial Services Corporation also estimated that 1.6 million acres remained unharvested across the province. Dreeshen says he is working with AFSC on compensation for local farmers.

“AFSC has looked at about $621 million so far in estimates of payouts that would go out in insurance premiums.”

Staff from AFSC held a meeting in the county in November to walk farmers through available compensation programs.