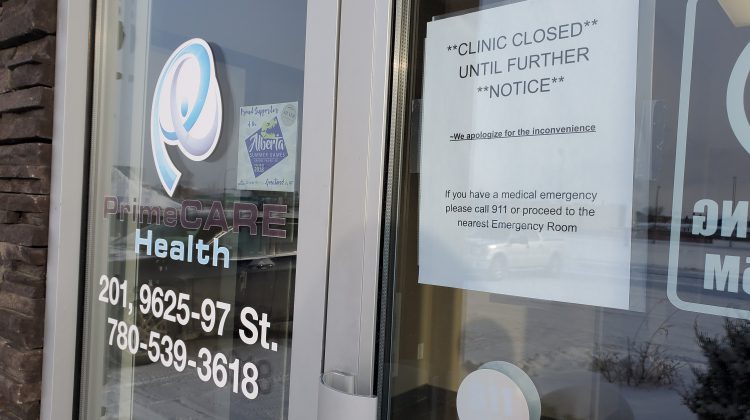 A healthcare clinic that recently closed its doors in Grande Prairie, Calgary, and Carstairs is being sued by ATB Financial. In a lawsuit filed this week, ATB alleges PrimeCare Health owes the Crown corporation more than $7 million in loans.

“The borrower has been experiencing financial issues for the past several months and has been unable to meet their obligations to ATB as they become due,” reads a statement of facts. “The borrower and the personal guarantors have refused, failed, neglected or been unable to pay the outstanding indebtedness within the notice period.”

A former employee who spoke with MyGrandePrairieNow.com said they received an email from the clinic’s owner, Dr. Femi Adekeye, on January 12th saying the clinic would shut down indefinitely. The email said all outstanding staff salaries would be paid out by January 17th.

Adekeye did not return requests for comment after the initial closure.