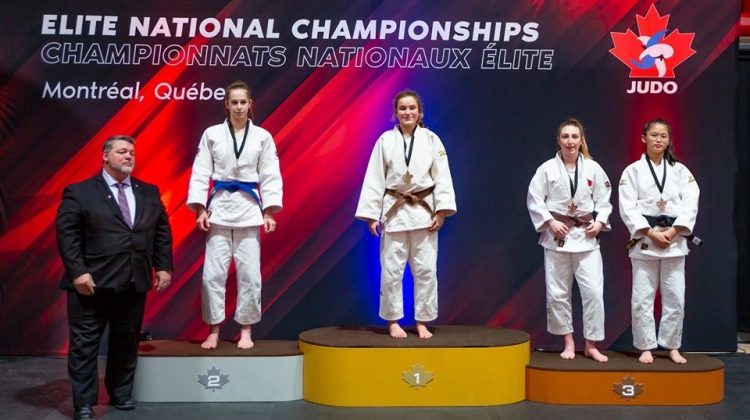 A local athlete has brought a silver medal back home to Grande Prairie. Sydney Kinderwater competed at the Elite 8 Judo National Championships on January 11th where she took second place in the under-18, 57-kilogram category.

The 15-year-old has been training for the last four years at GP Martial Arts but she says this competition was a new experience for her.

“It was one of the biggest tournaments I’ve been to so it’s really exciting. My fights were really good and they were televised too so that was pretty cool to know that my family could watch me.”

This competition brings together the top eight athletes from across Canada. Athletes are chosen to compete by Judo Canada based on points. Kinderwater didn’t have enough points but was chosen anyway because she says she’s previously beaten a lot of the other competitors. She adds she put in a lot of work and is grateful for the help she’s received along the way.

Kinderwater will now turn her attention to preparing for the Edmonton International Judo Championship which takes place in March.