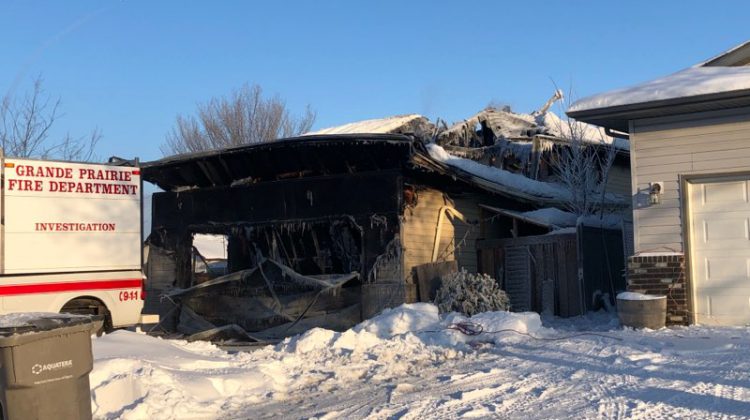 The damage to a home in Country Club West caused by a fire early Wednesday (Michael Lumsden, mygrandeprairienow.com staff)

No one was injured after a fire in a garage in the early morning hours on Wednesday.

Grande Prairie Fire Department crews were called to 99 Street and 65 Avenue around 2:10 a.m. and quickly got to work on the fully engulfed garage. Officials were able to put the fire out and limited damage to the neighbouring house.

Everyone inside the house was able to escape unharmed. The cause of the fire remains under investigation.