Soup’s on! Grande Prairie resident handing out free meals for those in need 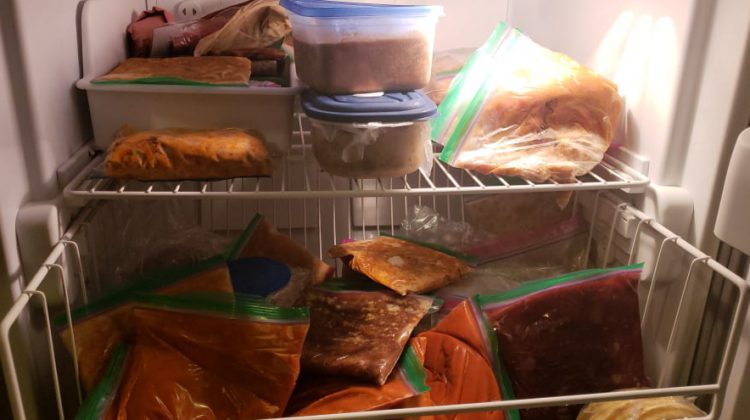 With the cold settling over Grande Prairie for the better part of a week, one Grande Prairie resident is doing all she can to help those in need, one ladle at a time.

Kallyn Dunn says during the course of 2019, she was making a pot of soup a week for herself, and her husband who works in oil and gas. She says after a while, she realized the stockpile of frozen soup had begun to grow, and as the temperatures plummeted, she knew what needed to be done.

“I actually have a freezer dedicated to soup,” she laughed. “It is so cold, and we aren’t eating them and I thought we might as well spread the wealth and try and keep some people warm.”

Thus far, around 30 portions have been doled out after posting the offer on Facebook, and Dunn says she will portion based on the size of family, or families in need.

She adds that despite getting dozens of comments with people commending her for her efforts, Dunn remains a little shy when it comes to taking a bow for what she believes is just doing the right thing.

“I just wanted to help, it’s [so] cold outside, and I’m a new mom and I couldn’t imagine what it would be like.”

If you anyone who may be in need during the cold snap, you can contact Kallyn via Facebook to coordinate a pick-up.