First ever out of the cold shelter opens in Peace River 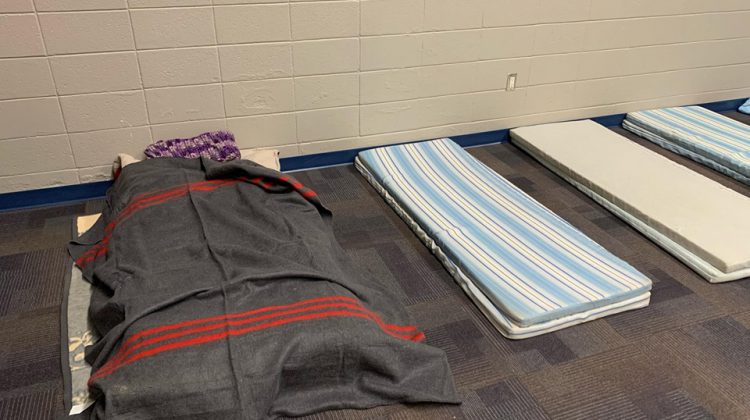 For the first time ever, the Town of Peace River has a pair of alternating out of the cold shelters for their most at risk and vulnerable population.

Over the last two years, those who are facing chronic homelessness could be found huddled in places like the post office and ATM locations, now, a pair of alternating church basements will invite anyone who needs it into their shelter nightly from 10:30 p.m. to 7:30 a.m.

Tenant Relation Officer Marc Boychuck says they did a rural homeless estimation count last year and discovered the town was facing a crisis in comparison with similar-sized municipalities. He adds that’s when they started planning.

“Through the Women’s Shelter, they wanted to do something that helped  those that showed up but weren’t available to check in because it’s a dry shelter, so anyone who has an addiction, for example, had nowhere to go, so they ended us usually staying in a really horrible situation.”

Boychuck says despite facing challenges along the way, partnerships between AHS, RCMP the Peace Regional Women’s Shelter and others, plans are moving forward.

“Especially dealing with a vulnerable population, connecting the groups was very difficult, but Peace River is just doing amazing things in collaborating.”

He adds despite being limited to just two churches short-term, the reach of those trying to help goes even beyond the township’s borders.

“Pretty well almost every church in our community either has members on the volunteer board or are dropping off donations, even other communities 25 minutes away are bringing us totes, food and all sorts of stuff. The response we’ve been getting here is just phenomenal.”

Boychuck says the plan is to find a permenant location when the weather gets warmer, but specific timelines and potential locations have yet to be firmly put in place.