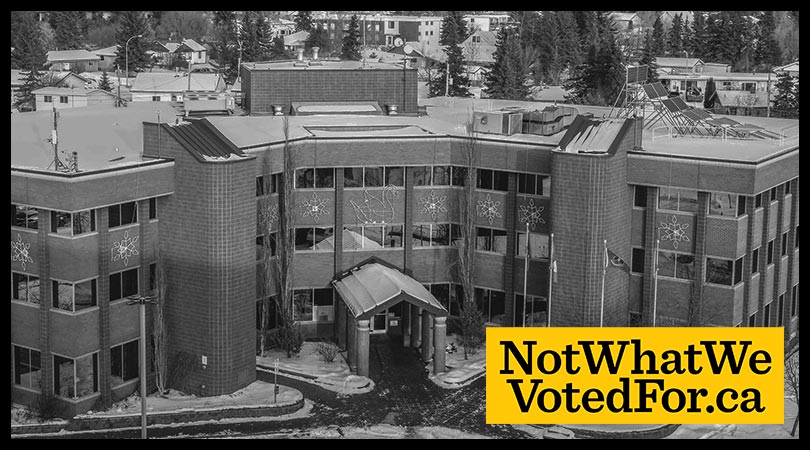 Note: This article is paid for by NotWhatWeVotedFor.ca and does not represent the views or opinions of Vista Radio and 2day FM.

Grande Prairie… Jason Kenney promised he would not cut our frontline services. But now, six months later, he’s broken that promise. And a number of other promises too.

Jason Kenney and his government, through his cuts to the municipalities have caused the City of Grande Prairie city council  to make big cuts to frontline services we count on like roads, transit, and recreation. This is not what we voted for.

In November of 2019 alone, this has already led to job losses in Grande Prairie. Our city cannot afford this. No one can afford this. This is not what we voted for.

So many vital city services have had a reduction in funding because of decisions being forced on us. Decisions we did not want or ask for. We still do not know what that looks like. Council points to increases in some areas, but upon closer examination, those increases usually come at the expense of other critical services that have been cut.

City Services with the potential to be affected include:

With this much at stake, everyone in our city needs to ask, how are they trying to get away with it? Since municipalities cannot run deficits, Jason Kenney is forcing the City of Grande Prairie carry the burden. They are forcing our council to be the ones to cut these important services while the Kenney government is trying to keep a distance. This is underhanded, not fair and this is not what we voted for.

These steps that been forced on us mean we are PAYING MORE and GETTING LESS!

Not only will these frontline services be cut, the province also increased income taxes, insurance rates, and user fees. And the carbon tax they promised to get rid of? It’s still going to be there too. That means all of Grande Prairie residents are going to pay more and get less. And those with will the least resources will be hit hardest.

Economically tough times are the worst time to cut!

When Grande Prairie is hurting, it’s the worst possible time for cuts to the critical services that we rely on every single day. Under this government, we have lost another 27,000 jobs mostly in the energy sector. The last thing we need is to cut services as more of our friends, family and neighbors are really worried about their next pay cheque.

Let’s fight this together! If you agree that these cuts will harm our community, then show your support! Follow this link to the website “notwhatwevotedfor.ca” and submit your email address to show you believe this truly is NOT WHAT WE VOTED FOR!

The Art Gallery of Grande Prairie Presents: Art at Home!