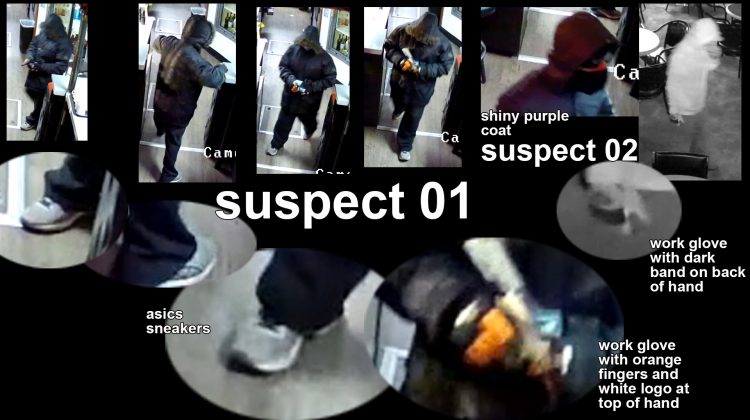 A photo of the suspects (supplied by Beaverlodge RCMP)

Beaverlodge RCMP is asking for the public’s help finding two suspects it says were involved in an armed robbery. On November 25th, around 4:12 p.m. officers say two men entered the Beaverlodge Tavern.

They say the suspects had their faces covered with bandanas and one had what they believe was a handgun. Both suspects took off on foot towards Highway 43 with an undisclosed amount of money.

The suspects are described as around 5’7″ with thin builds. They were wearing dark clothing. One was wearing a furry hooded bulky winter jacket and the other was wearing yellow/ orange gloves.

Anyone who recognizes the suspects or who were in the area at the time of the robbery and may have seen something suspicious are asked to call RCMP or Crime Stoppers.