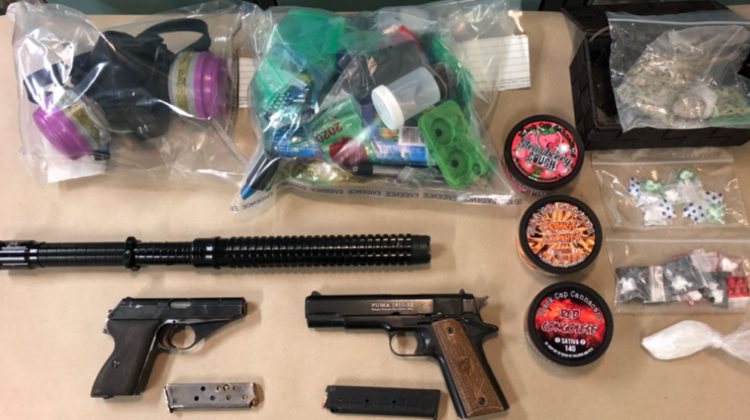 One man has been arrested after multiple drugs and weapons were found during a number of searches in Grande Prairie. On November 22nd, following a month long investigation, the Grande Prairie RCMP Drug Unit, General Investigation Section and Crime Reduction Unit searched two apartments and one vehicle.

When the vehicle was searched, 26-year-old Taylor Lawrence of Grande Prairie was found inside and arrested after RCMP say they collected 3.46 grams of fentanyl, 1.42 grams of cocaine, 1.26 grams of crack cocaine, 15 grams of shatter, 40.58 grams of crystal meth, 14 grams of illicit marijuana and 41 morphine pills.

Lawrence is facing multiple charges including possession for the purpose of trafficking, possession of a controlled substance and possession of a prohibited firearm. He is set to appear in Grande Prairie Provincial court on December 4, 2019.