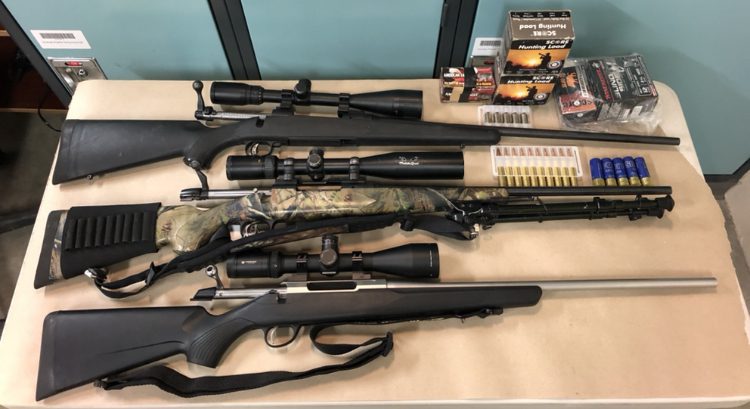 One man is facing charges after Grande Prairie RCMP allegedly seized several weapons, stolen items, and drugs from a residence in the city.

Police say tips from the public led them to the residence on November 29 and after executing a search warrant, police located a rifle, assorted ammunition, and 20 grams of meth. Authorities say they also seized another rifle and three bicycles from a detached garage, as well as a firearm in a vehicle parked in the driveway.

McDonald will next appear in court on December 4th.