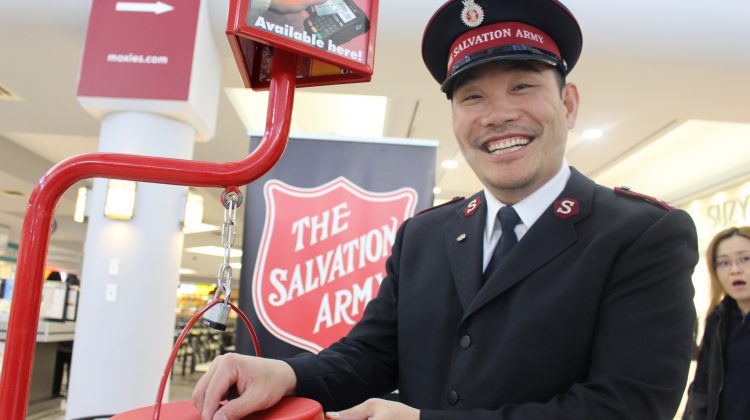 The need for help is greater than ever in the Grande Prairie area, as the Salvation Army’s 2019 Red Kettle Campaign has officially kicked off with a goal of $525,000, the biggest goal in its history.

Salvation Army Captain and Grande Prairie Foodbank Executive Director Peter Kim says it has been a very tough year for many people in the area, including those in the oil and gas industry. He says it has been an eye-opener for him and his staff to see the growing number of food bank users.

“We’ve actually seen more people who are from the oil patch and who are working coming to the food bank, a lot of new faces. We also know that because of the need, there are so many people in our community who recognize that and are so generous and make sure we take care of our community.”

Kim says on top of the fundraising aspect of the campaign, he hopes to also help break the stigma surrounding foodbank users, as anyone, anywhere can fall on tough times.

“There are things like divorce, illnesses or accidents that can put you in a situation where you are struggling just to get by. You’ve got your car, house to pay for, but is there enough room for food leftover, that’s where we step in to help out.”

You can find a red kettle in various locations and businesses around Grande Prairie, including the Prairie Mall.