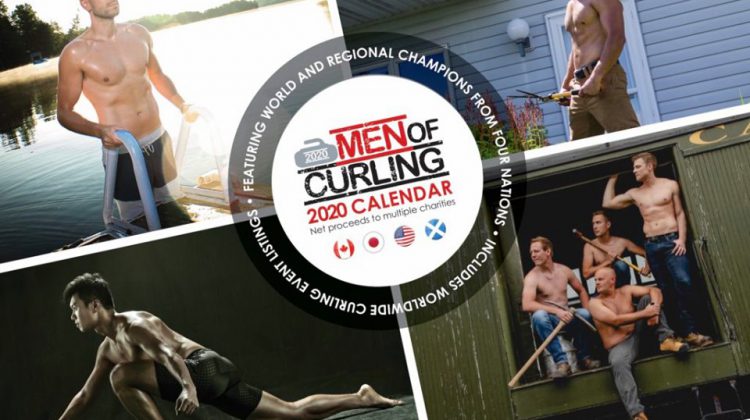 After spending the first 25 years of his life in the Grande Prairie area, Beaverlodge-born professional curler Geoff Walker is coming back to the region, or at least to some walls and fridges. Walker has been selected as one of the models for the biennial Men of Curling charity calendar.

“My wife was involved with the Women in Curling last year, and they asked if I was willing to do this year’s version,” he explains. “[She] was able to do around $13,000 last year, which is very very good, so if I can get even around $10,000 I would be ecstatic with that.”

The calendar features curlers from across the world and benefits several different charities. Walker is supporting the Sandra Schmirler Foundation, which purchases life-saving equipment for newborn intensive care units across Canada.

While it isn’t a contest to see who can raise the most, Walker admits the calendar is a friendly rivalry between athletes who are coming together for a number of worthy causes.

“Everybody has great causes they’re going to, but yeah, I mean if you’re the big money getter that’s a little carrot you can hang over everybody else,” he jokes.

If you wish to buy the calendar, copies can be found at the Beaverlodge Curling Club for $35. Fellow local curler Carter Rycroft was featured in the 2013 edition.