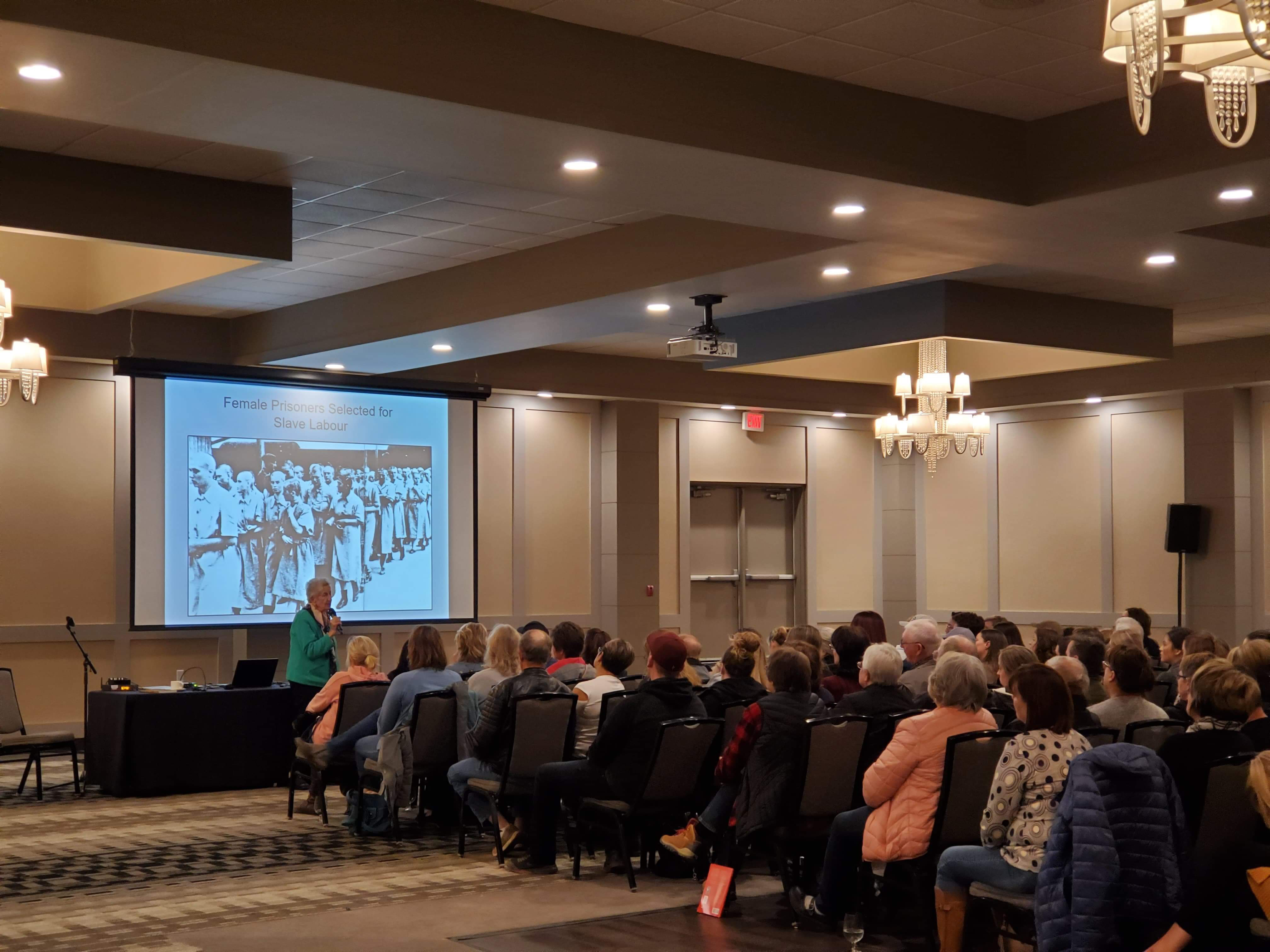 Holocaust survivor, renowned author and Order of Ontario recipient Dr. Eva Olsson has brought her story of survival back to Grande Prairie. She was in the area this week to speak with students at Peace Wapiti School Division schools, as well as the public in the city and Horse Lake First Nation.

For more than three-quarters of her life, Dr. Olsson remained silent about the atrocities she witnessed as a teenager in Nazi-occupied Europe. At the age of 19 in 1944, Olsson was herded to the Auschwitz concentration camp in occupied Poland with her family.

To this day, she still vividly remembers the events which shaped her life in unimaginable ways. Of her entire family, only she and her sister survived what later became known as the Holocaust.

Since breaking her silence nearly 15 years ago, Dr. Olsson has made more than 4,000 presentations to schools across Canada, with several stops in Grande Prairie. She says the desire to eradicate hate in her life continues to push her to travel to schools around the country to let generations of Canadians the horrors that can take place when hate overcomes tolerance.

Dr. Olsson says she is happy with the quest for knowledge shown by those who approach her after her presentations to learn more. However, she believes parents across the country must remain diligent in making sure their kids are fully understanding that how they treat others is of the utmost importance.

“It’s important for them to send their children to school the way they want they want to see them as adults. Show [them] we can only teach by example, and that’s how we learn.”