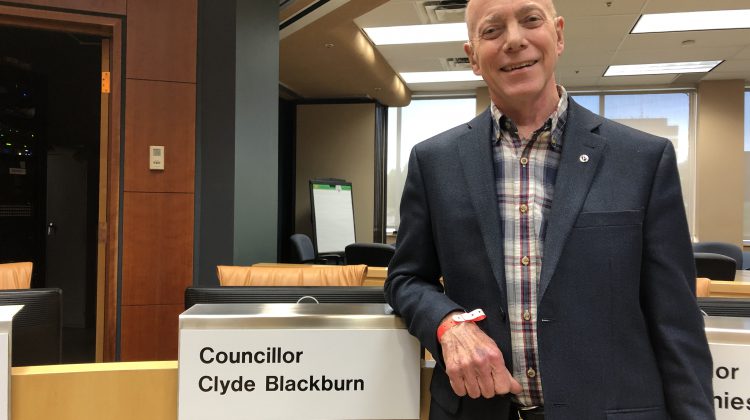 Grande Prairie city council has again extended the leave of absence for Councillor Clyde Blackburn as he undergoes the next round of his cancer treatment. He will now be off until January 1st, 2020.

Mayor Bill Given says there is no limit to the number of times his leave can be extended and it’s really up to Blackburn to decide when or if he returns.

“We have done the background work and confirmed that within the Municipal Government Act there is no limitation on the number of absences that council can approve.”

Blackburn made his leukemia diagnosis public on March 4th of 2019. He attended some council and committee meetings throughout the summer while also undergoing treatment at the University of Alberta Hospital in Edmonton. He also said previously that he will need a bone marrow transplant.

Given says Blackburn has the full support of council going into this next round of treatment and adds they plan to give him as much time as he needs.

“We wish him a speedy recovery, obviously; our hopes and prayers are with him as he goes through this and we look forward to him being able to resume his council duties as soon as his health will allow.”

Blackburn was elected to city council in 2017.