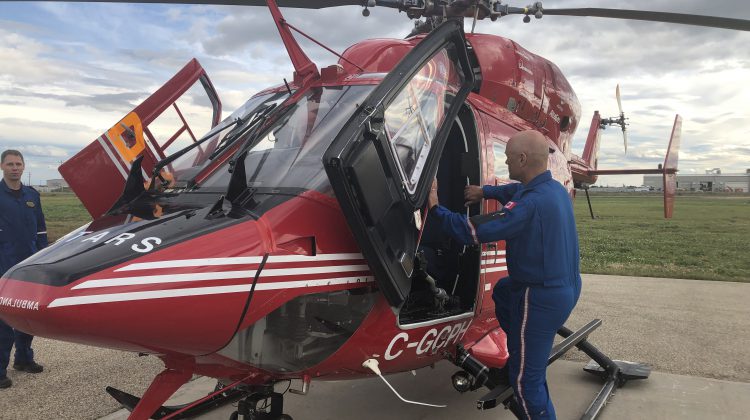 The organization is trying to replace the ageing fleet of BK117 and AW139 choppers with new medically equipped Airbus H145 for $13 million each.

STARS CEO Andrea Robertson believes the versatility the helicopters need to show is as great as the landscape found in the Grande Prairie area.

“We are the closest thing to most of [the] industry, so people are working up here, and further north that we can reach.”

“The importance of STARS up here is essential…this is a vehicle that can get into areas that no other vehicles can get into. Whether you’re working alone, on one of those highways, or just out playing and hiking, it’s a big deal up here.”

With 9 new helicopters set to be spread across bases in Alberta, Saskatchewan, and Manitoba it’s not known when Grande Prairie will be used as a home base for the first time.

“We could say Grande Prairie is next, and then one of the BK’s in another base has some kind of failure and we need to replace it first,” says STARS Board of Directors Volunteer Lionel Robins. “The good news is they were ordered at the same time, so this is going to be kind of a quick and consistent roll out for them,” he adds.

A considerable dent was made into the $4 million local fundraising goal after a $500,000 donation announced on Thursday.

“For Shell to step up for us today, hopefully, will also bring a few other organizations in who want to come in at the same, or a higher level.”

The new fleet of choppers is expected to be ready for service no later than 2021.