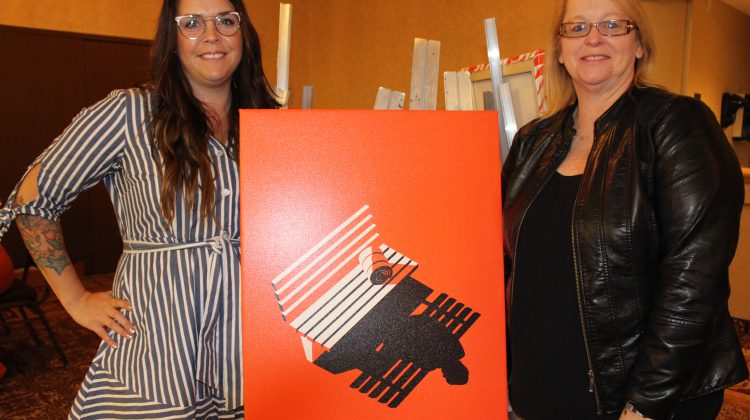 United Way Alberta Northwest has launched its biggest fundraising campaign of the year, and hope it will be #UNIGNORABLE.

The two-month campaign will focus on eight issues that are happening throughout the city and are represented by eight individual paintings which spotlight homelessness, mental health, domestic violence, social isolation for seniors, poverty, hunger, education inequality and unemployment.

Executive Director Jamie Craig says Grande Prairie has a rich history of generosity when it comes to the United Way, but knows a reminder of just how deep some local issues go can only help.

“Sometimes homelessness and poverty aren’t the people you see down at tent city, there are a lot of people on the brink of chronic homelessness due to a lack of affordable housing. One in three families live in poverty right now in our city, these are things we need to address and bring to the forefront.

Craig says the artist involved with the campaign, frequent New York Times contributor Malika Favre, was commissioned to create the paintings with what she calls an eye-popping orange background.

She hopes businesses in the area will also allow them to make the artwork can’t miss around the city.

“We have a 12-foot banner going up on the coop downtown facing the bus station, and we’re hoping other businesses jump on board by painting the town orange by putting banners up, window decals, door decals.”